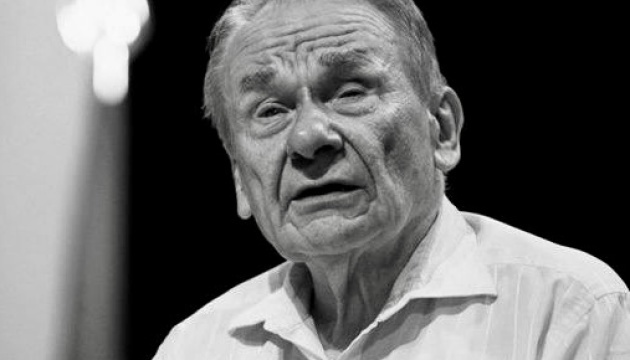 
Yuriy Shukhevych, a well-known Ukrainian dissident and political figure, has died at the age of 89. He passed way in Germany where he had been undergoing medical treatment.

Born on March 28, 1933 in the village of Ohliadiv, Lviv region, Yuriy Shukhevych was the son of Roman and Oleksandra Shukhevych. His father Roman was commander-in-chief of the Ukrainian Insurgent Army (UPA).

A life not without challenge, Shukhevych spent a total of 28 years in prisons and camps that led to him suffering from incurable illnesses. However, they never broke his spirit and he was a man of great will who lived, cared and struggled for Ukraine until his last breath.

At the tender age of 11, Shukhevych and his mother were arrested and sent to Siberia. At that time, his father commanded the UPA and headed the secretariat of the Ukrainian Main Liberation Council.

In 1946, Shukhevych was put in a special boarding house for children of “enemies of the people” in the Donbas region. He escaped twice but was caught both times and brought back to the house.

In 1948, aged 15, he was sentenced to ten years in prison, exclusively for his father’s “anti-Soviet activity.”

After six years in a Soviet prison, Shukhevych was released under the newly adopted law on juvenile amnesty, but shortly afterwards found himself behind bars again. When his ten-year prison term expired, new charges were brought against him supposedly corroborated by “witness accounts” of provocateurs and prison guards. He was sentenced to another ten years which he spent in high-security colonies and labor camps.

In August 1968, Shukhevych was released but forbidden from living in Ukraine. He settled in the township of Nalchik, in the Kabardino-Balkar Autonomous Republic of the USSR and worked there as an electrician.

In the spring of 1972, he was arrested again and sentenced to nine years in prison and five years in exile.

While in pre-trial custody, he wrote a scathing letter to the United Nations in which he condemned the Soviet totalitarian regime that killed citizens for their national self-awareness. The letter somehow managed to reach the addressee, but a copy was found in his cell during a search and, in 1973, another year was added to his sentence. The KGB tried to persuade him to repent and cooperate, but he refused.

The horrible conditions of imprisonment and exile severely undermined Shukhevych’s health. He demanded medical examination and treatment but was denied every time and subjected to further punishment. In 1981, he lost most of his sight and an eye surgery in a prison hospital in Leningrad proved unsuccessful.

After Ukraine achieved independence in 1991, he visited Western European countries, the U.S. and Canada at the invitation of local Ukrainian communities, then eventually returned to Lviv once again.

There, he initiated and authored the law on the legal status and commemoration of 20th century fighters for Ukrainian independence. He actively advocated for decommunization and was a key proponent of new laws to this effect that were passed in 2015.

In August 2006, then President Viktor Yushchenko awarded Yuriy Shukhevych the title of Hero of Ukraine.

Previous post If there is a conclusion about the complication of Saakashvili’s health, the court must make a worthy decision