We have neither strong institutions, nor respect for institutions, nor justice, Georgian President Salome Zurabishvili said at an event organized by Eka Beselia’s party, where recommendations on justice reform were presented.

According to her, “the agreement on justice reform is an opportunity to do what we don’t know how to do – it’s depolarization.”

As the president noted, “the main thing is to reach a consensus, without which everything will be in vain.”

“We did not wait for the nomination, the date was 2024, but nothing was ready for this yet, and this happened in a peculiar way, and we should be grateful for it. And today the situation in Ukraine is very difficult, the bombs do not stop, the meeting of the Security Council at the UN was also held today, and it also shows how difficult this situation is. I want to honor the memory of the 27th Georgian who died in Ukraine. They fight of their own free will and are not representatives of the state, but they are representatives of Georgian dignity.

It is clear in these 12 recommendations that justice and bringing this reform to completion is the main thing and the main thing is because it is an opportunity, a way for us to leave the Soviet system. There is no other way, everything else follows from this. Protecting human rights, protecting business, setting European security standards, overcoming discrimination, determining whether or not wiretapping is necessary concerns), the establishment of the inviolability of private property, that is, everything that we generally call democracy – everything goes through justice. If there is no justice, then nothing is protected. The Justice Reform Agreement is an opportunity to do what we don’t know how to do – it’s depolarization. Not only do we not know, but no one knows either, the demands of Europe do not specifically say what should be done and how, but it is clear that this means that we should be able to agree with each other on how the justice reform should go forward . The main thing is to reach a consensus, without which everything will be in vain, because then we will not be able to agree on anything, and this agreement means that all parties will be able to put Georgia’s interests above party interests. Very often in recent history, unfortunately, we have not been able to do this, and this is precisely what hinders us, and this requirement is not because someone wrote it down, in some kind of recommendation, or someone turned to us in this regard. This is what we must do. If there is no minimum consensus, the country will not be able to develop. Today, there may be polarization in other countries and the same procedures are taking place there, but those countries are beyond that line, they are already in that democratic world, and for them there is the main protective mechanism, this is the power of institutions. What it is – barriers have already been created that protect against any polarization so that it does not turn into something else, but we do not have this, no strong institutions, no respect for institutions, no principles, including justice. Justice is not foreign to us. It has been coming from Georgian traditions for a long time,” Zurabishvili said. 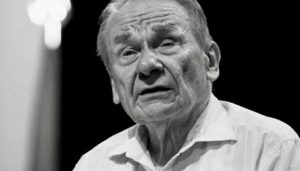 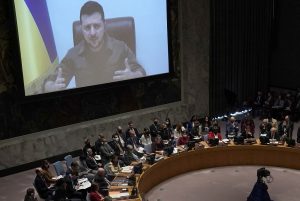