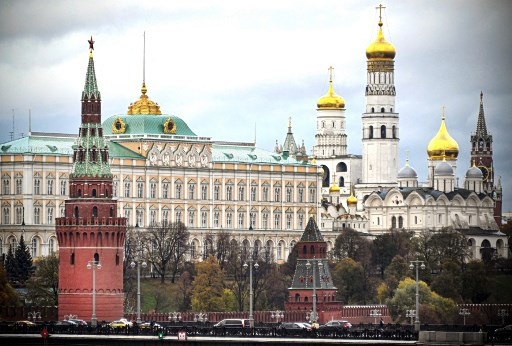 
The European Parliament took the very dramatic-sounding step on Wednesday, Nov. 23, of declaring Russia a “state sponsor of terrorism”, accusing its forces of carrying out atrocities during its war on Ukraine.

“We called a spade a spade. Russia is not only a state sponsoring terrorism, but the state, which is using means of terrorism,” said Lithuanian MEP Andrius Kubilius, who spearheaded the push for the resolution.

“The recognition of this fact by the European Parliament sends a clear political signal. Europe, Europeans do not want to remain passive, when their big neighbour violates all humanitarian and international standards.”

Symbolically yes, but in reality, no.

Oh, so what does it actually mean?

Despite the resolution being adopted by the European Parliament with 494 votes in favor, 58 against and 44 abstentions, the European Union as a bloc has no official list of terrorist states and no legal definition of the consequences such a designation would have.

Wednesday’s declaration is basically a diplomatic international scolding without any legal consequences.

Who can declare someone a state sponsor of terrorism?

Individual countries can designate other countries as “terrorist states” and some including Estonia, Latvia, Lithuania and Poland, have already added Russia to their lists.

While the exact details will vary slightly from country to country, this designation usually means the cutting of trade and diplomatic ties with the target country, imposing sanctions and international isolation.

It’s for this reason that the U.S. list of terrorist countries is the one that currently matters the most.

Will the U.S. declare Russia a state sponsor of terrorism?

The U.S. has so far resisted making the move which would trigger more sanctions and would remove the state immunity of Moscow’s officials.

At the moment only four countries – North Korea, Iran, Cuba and Syria – are on the U.S. State Department’s list.

So will anything happen because of the European Parliament’s decision?

The MEPs of the European Parliament have urged the governments of the 27-nation EU to follow their lead, but right now it’s unclear if any more will.

They also called on Brussels to put in place the “legal framework” to allow a list of terrorist states so that Russia could be added, though this would likely take some time to implement.

European diplomats say work is under way on preparing a new package of sanctions after Moscow unleashed a ferocious missile and drone blitz against Ukraine’s energy infrastructure on Oct. 10 following losses on the battlefield.

Ukrainian Foreign Minister Dmytro Kuleba said the latest Russian attack on cities across Ukraine was a response to the decision by the European Parliament.

President Zelensky hailed the vote, saying on Wednesday evening: “Russia must be isolated at all levels and held accountable in order to end its long-standing policy of terrorism in Ukraine and across the globe. ”

What has Russia said?

Russian Foreign Ministry spokeswoman Maria Zakharova, wrote on Telegram: “I propose designating the European Parliament as a sponsor of idiocy.”

Previous post The Kremlin is entangled in its own lies

Next post If there is a conclusion about the complication of Saakashvili’s health, the court must make a worthy decision
iadmin