The Kremlin hides its military objectives behind vague statements in an attempt to mislead the West. However, only Russian propagandists manage to puzzle. This is reported by the Institute for the Study of War (ISW).

Analysts note that on November 21, the press secretary of the President of the Russian Federation Dmitry Peskov said that the change of the current government in Ukraine is not the goal of the Russian “military special operation” and indicated that Vladimir Putin “already spoke about this.”

Peskov’s words were likely intended to mitigate the consequences of the pro-war speech of the vice-speaker of the federation council Konstantin Kosachev, who said that Russia “can normalize relations with Ukraine only after the capitulation of the Ukrainian government.”

“These two statements are opposite. Milblogger associated with the PMC Wagner, in response to Peskov’s statement, sarcastically remarked that Russia is aimlessly waging a war without a clear goal,” the ISW stressed.

Experts explained that “the Kremlin’s unwillingness to publicly fully surrender to extreme nationalist ideology and war is confusing to propagandists who preach such an ideology to the Russian masses.”

“However, Russian military failures and increasing casualties make Putin’s willful concealment of war aims and attempts to balance the rhetoric only fuel discontent among critical groups,” the analysts concluded. 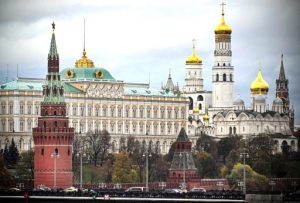