Deputy of the Verkhovna Rada of Ukraine and partner of Mikheil Saakashvili Liza Yasko believes that the state of health of the ex-president is used as a subject of speculation. “Human health should not be confused with politics,” she said.

On TV Pirveli, Yasko was asked what she knew about Saakashvili’s state of health.

“I am very tired of the fact that this issue is constantly becoming the subject of certain speculations and intrigues … It’s hard for me to accept all this. Why a person’s life can become an occasion for certain speculations, out of personal interests. This is used for everything other than the interests of Mikheil Saakashvili,” she said.

Yasko claims that only his family and lawyers worry about Saakashvili’s health, and “then various speculations and intrigues begin.”

“I think now is the time to stop these speculations, what has been going on for the last week, when everyone voices different conclusions of the examination, but no one has seen a document in which there would be evidence,” she said.

Yasko stressed that “very many politicians” politicize the issue of Saakashvili’s health, while very few people show respect for his life, family and relatives.

According to Yasko, those who conduct the examination, as well as lawyers and “persons not connected with politics” should talk about the state of her partner’s health.

“We should talk about him as a person who has Ukrainian citizenship. It is impossible to keep talking about his political life in Georgia. Now this does not help Mikheil Saakashvili in any way,” she added.

She also noted that politicians can discuss this topic, but not speculate. “And now I’m not talking about a separate political party,” she said.

She was also asked about the inner-party processes in the United National Movement, and whether she got the impression that Saakashvili’s topic was being speculated on here too.

Yasko did not evaluate these processes, but expressed confidence that “the Georgian public perfectly guesses who is who.” 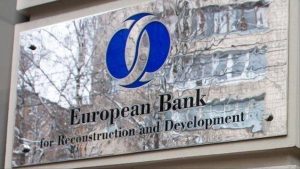