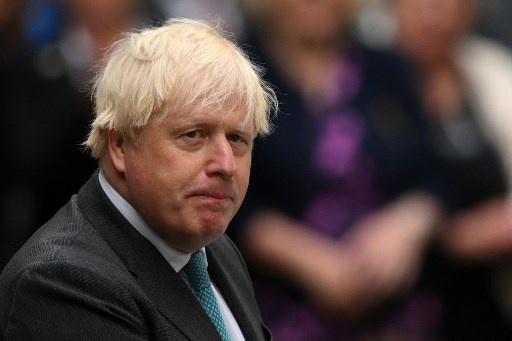 
Former British Prime Minister Boris Johnson has claimed France was “in denial” over the prospect of Russia invading Ukraine and that, once underway, Germany hoped for a swift victory for the Kremlin.

In an interview with CNN, Johnson said that Germany was motivated in its stance by economic reasons and although it was a “disastrous way of looking at it,” he could “understand why they thought and felt as they did.”

“Be in no doubt that the French were in denial right up until the last moment,” the former PM said.

“The German view was at one stage that if it were going to happen, which would be a disaster, then it would be better for the whole thing to be over quickly, and for Ukraine to fold.”

Johnson also criticized the Italians for “at one stage simply saying that they would be unable to support the position we were taking” due to their reliance on Russian gas and oil.

All three countries have since rallied behind Ukraine to varying degrees and Johnson praised “the way the EU  has acted”, adding: “They have been united. The sanctions were tough.”

Johnson was a staunch ally of Ukraine during his tenure as PM, visiting Kyiv three times and funneling military hardware, funding and training resources to the country.

In a sign of the more united Europe-wide approach to Ukraine’s defense of its land, the European Parliament on Wednesday recognised Russia as a “state sponsor of terrorism,” accusing its forces of carrying out atrocities during its war.

The move by European legislators is a symbolic political step with no legal consequences, but Members of the European Parliament urged the governments of the 27-nation EU bloc to follow their lead, AFP reports.

“The deliberate attacks and atrocities carried out by the Russian Federation against the civilian population of Ukraine, the destruction of civilian infrastructure and other serious violations of human rights and international humanitarian law amount to acts of terror,” a resolution approved by EU lawmakers said.

Next post The new US package contains weapons and ammunition, in particular for NASAMS
iadmin