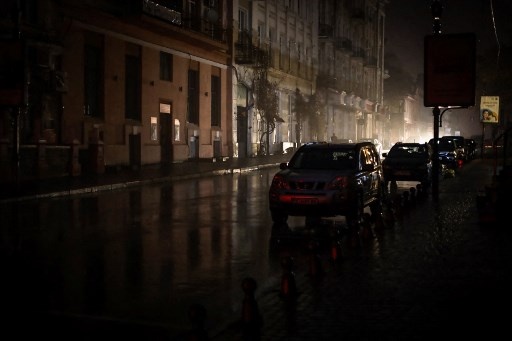 
The Ukrainian health system is facing its “darkest days in the war so far”, the World Health Organization (WHO) has said, with millions of people at risk from a “life-threatening” winter.

WHO Regional Director for Europe Hans Kluge outlined the multiple threats facing the country’s citizens during a visit to Kyiv on Monday, Nov. 21.

“The devastating energy crisis, the deepening mental health emergency, constraints on humanitarian access, and the risk of viral infections will make this winter a formidable test for the Ukrainian health system,” he said.

The warning came as Ukraine’s major energy supplier said power outages in the capital could last until March 2023, being just one of the consequences of Russia’s ongoing war and ever increasing attacks on civilian infrastructure.

WHO has forecast that around 2-3 million people will leave their homes this winter in search of warmth and safety in other European countries.

As well as a high risk of contracting respiratory infections, influenza, and pneumonia, WHO has also warned of the toll of mental health issues on a population living through war in harsh winter conditions.

“The war enters its 9th month, and already some 10 million people are at risk of mental disorders such as acute stress, anxiety, depression, substance use and post-traumatic stress disorder, or PTSD,” Kluge said.

WHO has so far verified 703 attacks on health care facilities since the war began nine months ago, Dr Hans Kluge stated.

The temperature in some regions of Ukraine can drop to − 20C and lower, and many families will be forced to heat their homes with firewood or coal, as well as use portable generators that run on fuel.

These might bring health risks, including exposure to toxic substances harmful for children, older people and those with respiratory and cardiovascular conditions, as well as accidental burns and injuries, he added.

Serhiy Kolvalenko, the head of energy supplier YASNO, said in Kyiv on Monday, Nov. 21, that Ukrainians are likely to live without electricity until at least the end of March.

“I would like everyone to understand: Ukrainians will most likely live with blackouts until at least the end of March,” Kovalenko wrote in a post on his Facebook page.

Almost half of Ukraine’s power grid has been severely damaged by Russian missile attacks, which began in October, President Volodymyr Zelensky said in one of his nightly addresses. This had resulted in rolling power outages across the country, as winter sets in and temperatures drop below freezing.