The Swedish Security Police (Säpo) carried out an operation in the Stockholm area on Tuesday morning and detained two people in connection with serious illegal intelligence activities.

About this, as writes “European truth”, reports SVT.

“The operation went according to plan. We carried out the operation early in the morning, and both the Police Agency and the Armed Forces helped us,” said Fredrik Hultgren-Friberg from the press office of the Security Police.

According to Fredrik Hultgren-Friberg, the preliminary investigation continued for some time, which led to the operation.

“There were also house searches, seizures and interrogations in connection with the operation,” he says.

Säpo writes on its website that this case is not related to any other ongoing case being handled by the Security Police.

The mission of the Security Police is to protect Sweden and democracy, and as part of this, Sweden should not be a platform for illegal intelligence activities, either against Sweden or against another foreign country, said Fredrik Hultgren-Friberg.

“When we get indications that this is happening, we act as strongly as possible,” he added.

Recall that Sweden charged two men with spying for Russia after the completion of an investigation launched in 2017. 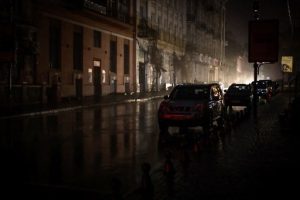