The United National Movement (UNM) has prepared an alternative bill on deoligarchization.

According to the draft law, an oligarch is a person who meets at least three of the following definitions and exercises influence on public authorities and/or officials:

A) Directly or indirectly carries out political activities;
B) Members of his family or persons associated with him, working in legal entities belonging to him, hold public and / or political positions;
C) Directly or indirectly (including through an entity under its influence) has a significant impact on the means of media services;
D) Represents the ultimate beneficial owner of a business entity that, at the time of entry into force of this Law, is a subject of natural monopolies or occupies a dominant (monopoly) position in the market in accordance with the competition law;
E) The proven assets of a person or owner of an economic entity exceed 0.35 percent of the country’s gross domestic product, or he or his family members or persons associated with him own more than 7 percent of the land resources of Georgia.
E) Authorized by a member state of the North Atlantic Treaty Organization and the European Union, the commonwealth of these states or international organizations.

A) One-party system, which involves the exercise of constitutional powers requiring a qualified majority of parliament without the participation of other parties;
B) Adoption by a one-party majority of personnel decisions on issues of state-political positions, the legal nature of which is to control the containment of the government and ensure constitutional principles (CEC, Public Defender, Prosecutor General, Auditor General, judges of the Constitutional and Supreme Courts, the Council of Justice, independent regulatory bodies ), excluding the response, control and influence within the framework of the law of other subjects (parliamentary opposition, NGOs)
C) Any action aimed at appropriating the state by the ruling party, maintaining and extending power, maintaining a predominant position in the political system, adjusting legislation to private political and / or other interests, establishing personal privileges for the ruling party and / or related persons;
D) Loyalty of officials and local governments to the oligarch and oligarchic rule;
E) Management of public finances in the interests of a private person who has political influence on the relevant body and/or decision-maker;
E) Appointment to state and political positions of persons acceptable to the system of oligarchic rule (family members, related persons, people working in legal entities belonging to the oligarch);
G) Legislative decision-making by political actors regarding the appointment and/or dismissal of constitutionally mandated officials without opposition will be considered conducive to oligarchic rule and contrary to the constitution.

UNM member Levan Bezhashvili said that the prepared bill takes into account the Georgian context of the problem and is not directed against anyone in particular.

The draft law presented by the Georgian Dream was drawn up similar to the Ukrainian law. The ruling party openly declares that the law will not affect its founder, Bidzina Ivanishvili.

The opposition opposes the adoption of the draft law in the presented form. NGOs and representatives of the European Union are calling for sending the bill to the Venice Commission. 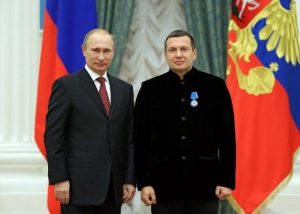