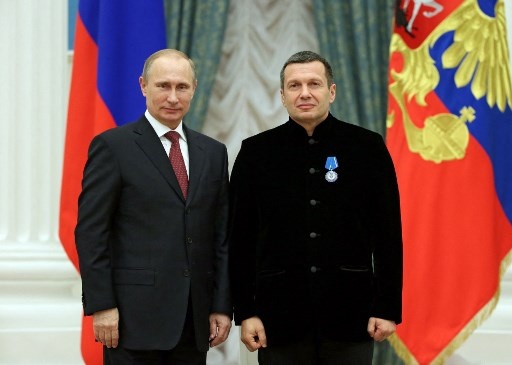 
A Russian state TV host has been rebuked on air by his fellow presenters after he called for Kyiv to be “destroyed” and Kharkiv to be “wiped off the face of the earth.”

In a rare sign of disunity among the Kremlin’s more prominent mouthpieces, Vladimir Solovyov was called out by former Israeli politician and geopolitics lecturer Yaakov Kedmi, who described his comments as “criminal.”

The pair confronted each other during a heated debate over Moscow’s strategy in the so-called “Special Military Operation,” with Solovyov calling for the bombing of Ukrainian cities in order to prevent the frontline from receding into Russian territory.

“There were no wars in history where the bombing of a peaceful city and a civilian population led to some results on the battlefield. Would that deter them? When did it ever happen? It didn’t happen in any war,” Kedmi said, adding “there are 1,001 ways to fight without touching civilians.”

Solovyov, who usually would have stood his ground, fell silent for a moment, crossing his arms and bowing his head until Kedmi’s speech was over.

A rare moment of sanity?

Daily Beast reporter Julia Davis shared a clip with the abovementioned abstract from the TV show. She titled this short conversation “a rare moment of sanity.” But is Yakov Kedmi that reasonable?

Kedmi regularly criticizes Ukraine. He condemns the so-called “Nazi Ukrainian leadership” and “anti-Semitic Ukrainian society,” using expressions such as “Maidan bastards” (Maidan refers to Maidan Nezalezhnosti or literally “Independence Square”, where the Revolution of Dignity took place in 2013-2014, resulting in the change of the pro-Russian government).

On Nov. 20, while taking part in a podcast show he suggested using a strategic nuclear weapon to tackle Ukrainian allies, instead of a tactical.

His statement was strongly supported by the host, who suggested that Russia should not attack Kyiv but immediately hit the capitals of the allied countries of Ukraine.

“I do not understand in any way. Why apply something to Kyiv or Lviv, if there is Washington, London, Warsaw?” the host stated. 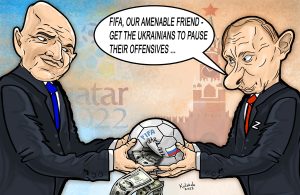