The Resolution on Deterrence and Defense Initiatives states that it urges NATO member governments and parliaments to implement in a timely manner the individual needs packages adopted at the 2022 summit for Bosnia and Herzegovina, Georgia and Moldova.

The resolution, titled “NATO’s New Strategic Era”, reiterates strong support for the national sovereignty and territorial integrity of Ukraine, Georgia and the Republic of Moldova.

“We unanimously welcome the invitation of Finland and Sweden to join NATO, which has already been ratified by the parliaments of almost all member states, which will strengthen Euro-Atlantic security in general and once again marks NATO’s open door policy and unwavering support for the Euro-Atlantic integration of Ukraine, Georgia and Bosnia and Herzegovina.

The same resolution reads: “Urgently calls on the governments and parliaments of NATO member states to openly declare that Russia, under the current government, is a terrorist state.” 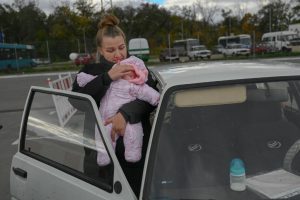