A viral conspiracy theory claims that the recently collapsed cryptocurrency exchange company FTX was being used by Ukraine to launder money for the benefit of the ruling Democratic Party in America. However, the claims are false.

Raising billions of dollars in investments, FTX was part of a wider, complex group of companies later solely owned by Bankman-Fried, and soon came under scrutiny over its lack of transparency.

Undeterred, FTX continued to grow, becoming one of the world’s largest cryptocurrency exchanges, enticing millions of clients to use its services.

One such client was Aid for Ukraine, a popular charity organisation established to collect donations to help Ukraine defend itself against the ongoing Russian invasion. From early March, Aid for Ukraine used FTX to convert cryptocurrency donations into Ukrainian currency. However, the partnership – one of millions FTX was engaged in – ended the following month.

In October, FTX was placed under investigation in Texas for selling unregistered securities.

Embroiled in scandal, the following month, Bankman-Fried’s fortune dramatically plummeted from $16bn to almost zero, with FTX filing for bankruptcy protection in the U.S. on Nov. 11.

The collapse was due in part to a token called FTT – essentially a way for members of the public to buy shares in the company, which FTX promised to buy back later using a portion of its profits. However, leaked documents suggested that the group’s hedge fund was using money from the purchasing of FTT tokens to make risky loans.

After the company collapsed, it was revealed that FTX, not having the ability to accept wire transfers, had its hedge fund, named “Alameda”, as a middle man. Customers would send money to Alameda and FTX would credit their accounts. However, in reality the money wasn’t passed on by Alameda, and over a three-year period, Alameda lost around $8bn of FTX customer funds, mainly in risky transactions.

With social media platforms already awash with disinformation, it was inevitable that the FTX collapse would capture the attention of conspiracy theorists – particularly after it was revealed that Aid for Ukraine had once used FTX and that Bankman-Fried had donated large sums to the Democratic Party.

Despite no evidence being presented, the conspiracy theory was swiftly amplified on Twitter and Telegram by prominent members of the Republican Party, subsequently being parroted by right-wing groups and influential conspiracy theorists in Britain.

“So, Ukraine was a money laundering operation all along?” tweeted Calvin Robinson, a self-described political commentator who, whilst working for GB News, has frequently been criticised for tweeting false information and conspiracy theories on a variety of issues. “The West donated billions to the ‘war effort’. Zelensky invested that money into FTX. CEO of FTX is the 2nd biggest donor to the Democrats (after Soros). FTX filed for bankruptcy. Billions missing.”

Mr Robinson has failed to issue a correction or apology for his claims. Nor has he apologised for falsely claiming on GB News that the “Ukrainian regime”, led by President Volodymyr Zelensky, who is Jewish, is “Nazi-sympathising”.

In reality, as the recently released blockchain revealed, President Zelensky did not invest a cent into FTX, let alone “billions”, as Calvin and others have claimed. Nor has Ukraine invested any donations into FTX.

Furthermore, the charity group Aid for Ukraine, as previously mentioned, stopped using FTX just a month after taking up its services, and no donations sent to Aid for Ukraine were stored with FTX.

The claim that Joe Biden’s Democratic Party used FTX and Ukraine to launder money also does not stand up to even the simplest of scrutiny, with conspiracy theorists failing, perhaps intentionally, to mention that Bankman-Fried also donated large sums of money to American Conservative groups. This included $105,000 to the Alabama Conservatives Fund.

No evidence has been shown to prove that any of the money was “laundered” through FTX, and monies paid into FTX by Aid for Ukraine were converted and sent to Ukraine, and not “invested”.

As Russian propagandists and influencers latched onto the conspiracy theory, Ukrainian Deputy Minister of Digital Transformation Alex Bornyakov was forced to issue a statement on Twitter, saying on Monday, Nov. 14, that Ukraine’s government “never invested any funds into FTX.”

“Ukraine’s govt never invested any funds into FTX. The whole narrative that Ukraine allegedly invested in FTX, who donated money to Democrats, is nonsense, frankly, ” he added.

Serhiy Vasylchuk, the CEO of Everstake, a blockchain company that helped run Aid for Ukraine, told Associated Press on Wednesday, Nov. 16, that cryptocurrencies were an efficient method of raising donations for Ukraine, reiterating that FTX was only used at the beginning of the war to convert donations. Once converted, the donations, Vasylchuk said, were then sent straight to the National Bank of Ukraine.

“It was eight months ago and the goal was that Aid for Ukraine was to supply the needs as soon as possible,” he added.

The Ministry of Digital Transformation later told AP News that Ukraine “has never funded FTX” and “has never worked with any political party of the United States of America.”

The false claims made by conspiracy theorists have sparked a fierce backlash on social media outlets.

“This is the mother of all bad takes,” wrote one Twitter user responded to Calvin Robinson’s tweet. “Zelensky didn’t ‘invest the money’ into FTX… There’s no evidence that billions of donations are missing. You are lying.”

“This is RT-level nonsense, Calvin,” wrote terrorism and national security analyst Kyle Orton. “It should be beneath you.” 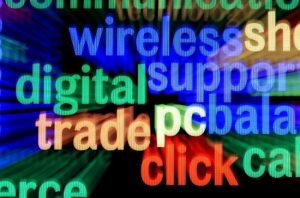