Spain said Saturday, Nov, 19, it had sent 14 new electric generators to war-torn Ukraine, where Russian attacks on energy infrastructure have left many without power or warm water as winter approaches.

On Friday “we dispatched a new package of 14 generators in view of what is proving to be a very harsh and difficult winter in Ukraine”, Foreign Minister Jose Manuel Albares said.

Kyiv on Friday appealed to European allies for support, saying nearly half of Ukraine’s energy infrastructure had been disabled and needed repair.

Temperatures have plunged across Ukraine in recent days, with the first snow falling on Thursday.

Previous post Our priorities are the integration of Georgia with the free world, the freedom of Saakashvili and his transfer abroad 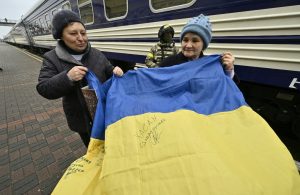