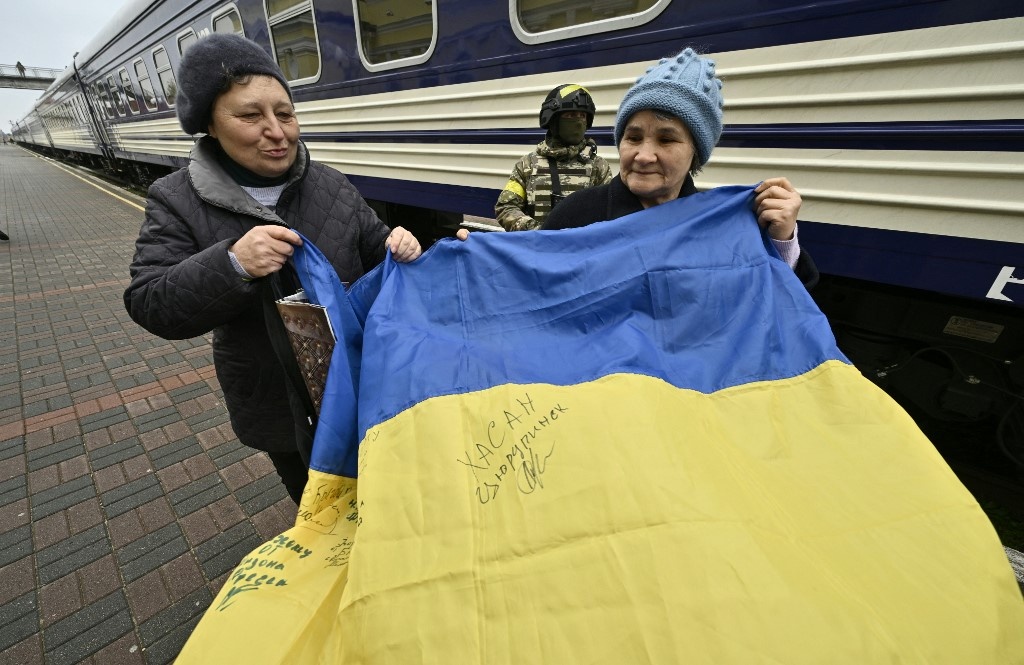 
Tears, smiles and the occasional artillery explosion on Saturday greeted passengers as the first train in eight months pulled into the southern Ukrainian city of Kherson from Kyiv and families divided by war were reunited.

“I promised I would come back. It happened so I kept my promise,” said Anastasia Shevlyuga, 30, moments after stepping off the train and meeting her mother.

For others, the moment was more sombre.

Svytlana Dosenko fought back tears as she waited for her only son who she last saw before Russia invaded Ukraine on February 24.

The wait has been excruciating.

The past months have been wracked with grief, humiliation and fear since Russians forces fanned out from the Crimean peninsula and occupied large swathes of Ukraine’s Black Sea coast, including Kherson.

Two days after the war began in February, Dosenko’s husband died of Covid after power was cut to the hospital where he was on a respirator.

In the months that followed, she lived under Russian occupying forces, who frequently searched apartments and set up checkpoints throughout the city.

“It was very messy and very hard. My place was searched by Russian soldiers. They broke in, looking for weapons,” Dosenko explained.

She planned to board the train returning to Kyiv on Saturday evening with her son.

“I just want to see him and tell him I love him,” she added. 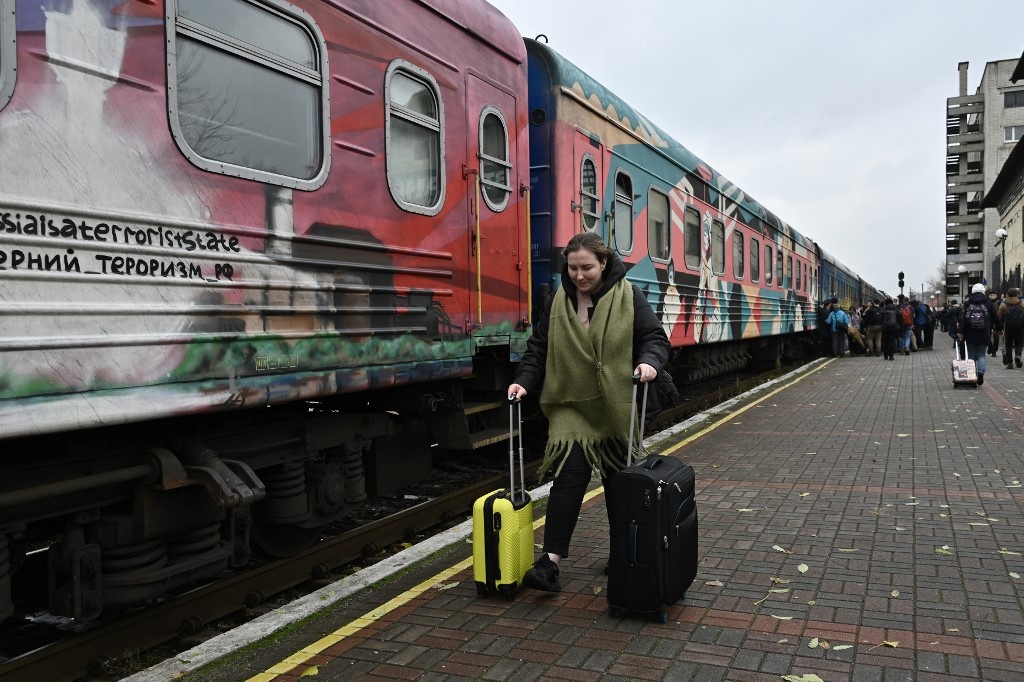 A passenger walks with luggage along the first train from Kyiv to Kherson since the Russian invasion of Ukraine, which arrived at the Kherson train station on November 19, 2022. (AFP)

Just a few feet away on the platform, Lyudmila Romanyuk, 66, clutched a bouquet of flowers and grinned as she anxiously awaited the arrival of her granddaughter.

“Her parents in Kherson don’t know that she’s coming… we planned it,” she told AFP with a laugh.

“It’s a win-win. We got liberated and my favourite child is coming here.”

Others showed up not to greet anyone but merely to enjoy the latest sign of Kherson’s return to Ukrainian control.

“I wanted to make sure it was coming,” said Lyudmyla Smeshkova, 60, her pet chihuahua Molly zipped up in her fur jacket.

For the region’s railway workers, the arrival of the train was a moment of immense pride.

More than 100 labourers pulled 12 hour shifts in the freezing rain for the past week to clear and repair nearly 60 kilometres (37 miles) of track alongside demining teams.

“It’s emotional. After hearing about the liberation of Kherson we got the orders to repair the 58 different damaged areas on the line,” said Denys Rustyk, 31, a rail worker from the nearby city of Odessa.

Trains have long formed the industrial and economic backbone of Ukraine and since the onset of the war have provided a vital lifeline, moving millions fleeing conflict while also supplying fighters on the front line.

The reopening of the line to Kherson will also provide another crucial supply artery to a city desperate for relief.

As Russians retreated over a week ago, they destroyed critical infrastructure, leaving Kherson without power and water supplies as the harsh winter weather sets in. 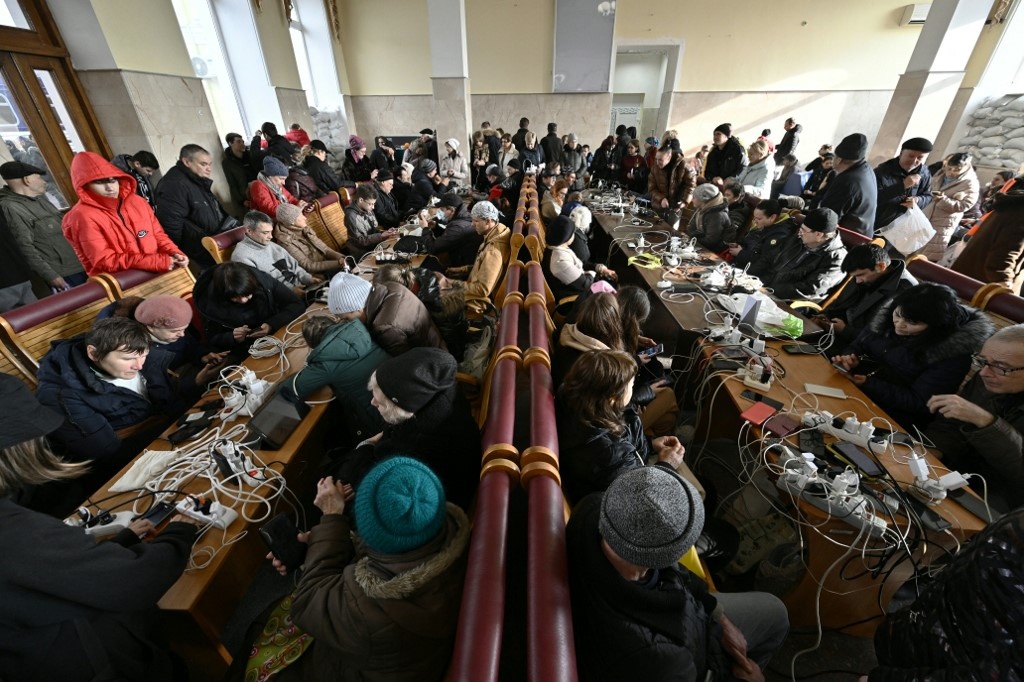 Kherson residents charge their phones at the city’s train station, one of the few buildings in the city with electricity as the city’s critical infrastructure including power and water supplies were destroyed, in Kherson on November 19, 2022, amid the Russian invasion of Ukraine. (AFP)

Since then, humanitarian aid has trickled in on trucks and cars travelling over the battered road connecting Kherson and the nearby city of Mykolaiv.

“For Kherson, this is vitally important because they will get equipment and aid from the railways now,” said Yuri Karlyukin, 53, a 15-year veteran of the Ukrainian rail system.

“The sooner Kherson is connected, the sooner the city will come back to life.” 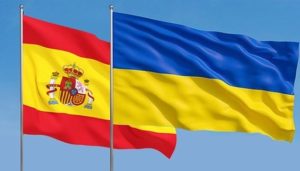