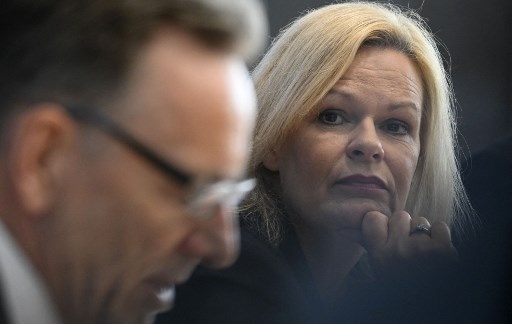 
The fallout from Russia’s war in Ukraine and fears that the conflict could spill over into other countries dominated a gathering of G7 interior ministers in Germany on Thursday, Nov. 17.

German Interior Minister Nancy Faeser, who was hosting the two-day meeting of the club of rich nations, said the conflict was “currently the greatest threat” to security, after an apparently accidental missile blast killed two people in Poland on Tuesday.

Kyiv’s allies have raced to calm fears of an escalation in the war, saying the explosion was likely caused by a Ukrainian air defence missile — while stressing Moscow was ultimately to blame for starting the conflict.

The war “has massive consequences in all our countries”, Faeser told reporters as she arrived for the talks at Eberbach Abbey, nestled in the wine hills of the western town of Eltville.

“We want to strengthen our cooperation again and make concrete decisions,” she added.

“That is why it’s so important that we keep united in the EU and together with our partners… and that we continue to support Ukraine in this war,” Johansson said.

“And of course we need to be very vigilant towards other threats that might come,” she added, from protecting critical infrastructure to keeping up the fight against criminal organisations who saw the war as “an opportunity”.

Other issues on the agenda at the G7 meeting, which ends on Friday, include cyber security, disinformation campaigns, human trafficking and the battle against extremism and terrorism.

The Group of Seven consists of Britain, Canada, France, Germany, Italy, Japan and the United States.