“During a warm friendly conversation, various aspects of the current state of relations between the Russian and Georgian Orthodox Churches were discussed,” the message says.

Metropolitan Nikoloz arrived in Moscow to participate in the 10th scientific reading “Russia. Georgia. Christian East. Spiritual and cultural ties”. Readings are held on November 16-17 at the Rublev Central Museum of Ancient Russian Culture and Art. They are dedicated to the memory of David Arsenishvili, a Georgian art critic and the first director of the museum.

Nikoloz Pachuashvili is Arsenishvili’s great-nephew. He made his first presentation at the conference.

“The reading program includes reports on the study of Christian art in Russia, Georgia, Syria, Ethiopia, medieval monuments of church art created in Byzantium and neighboring countries. The participants of the conference will consider the problems of attribution of works of art, the history of Georgian families and the activities of prominent figures of the Georgian Church in Russia, as well as the Eastern Christian traditions of temple murals,” the ROC website reports.

Prior to the start of the conference, a memorial service for David Arsenishvili was performed at the Spassky Cathedral of the Spaso-Andronikov Monastery. With the blessing of Patriarch Kirill of Moscow and All Rus’, Metropolitan Nikoloz of Akhalkalaki and Kumurdo performed a memorial service. Prayers and hymns were sung in Church Slavonic and Georgian.

Addressing the audience, Metropolitan Nikoloz said: “In the modern world, we are witnessing that everything is changing: quite recently everything was different, and now we are facing very serious challenges.” At present, in his opinion, there is a struggle, “raised, first of all, against Orthodoxy, against the true religion.” He also conveyed the blessing of the Catholicos-Patriarch of All Georgia Ilia II to those present in the church. 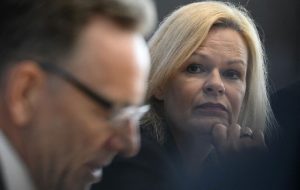