Against the backdrop of the ongoing Russian-Ukrainian war, the European Union needs reliable partners and allies in the areas of security, economy and, above all, energy, said Oliver Warhey, European Commissioner for Neighborhood Policy and Enlargement.

According to Varhei, Georgia could be such a partner.

“The Black Sea is the center of our plans. The Black Sea electric cable has a very symbolic meaning for everyone. In a historical sense, it is symbolic in that it will connect Georgia and the Caucasus with Europe. It is also symbolic that against the backdrop of Russia’s war in Ukraine, we need reliable partners and allies, whether in the security or economic spheres, but most of all in the energy sector. Georgia can be such a reliable partner and ally.

We are building partnerships around us, and the message I brought to Georgia is this: we want partnership in terms of reliable energy supplies from Georgia, and through this initiative to strengthen energy security in Georgia, in the Caucasus and in Europe. With this cable, we will be able to accomplish this task,” Oliver Varhei said at a joint press conference with Georgian Prime Minister Irakli Garibashvili.

According to him, this project also includes the connection of a deep-sea cable, and its results will soon be really tangible.

“I hope there will be new ideas. A few days ago, I heard that Georgia is going to build an electricity terminal, which will give Europe additional opportunities in terms of capacity and productivity. We are interested in exploring this opportunity and seeing how we can expand our partnership and collaboration. We see that work has begun on the Black Sea, we are participants in this process,” he said.

The translation of Oliver Varhey’s statements was published by the government of Georgia.

Earlier, the prime ministers of Georgia and Hungary spoke about the role of Georgia in the power supply of Europe. 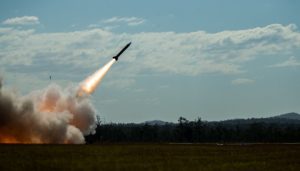