During her visit to France, Georgian President Salome Zurabishvili, in an interview with France Inter radio, spoke about the full-scale war unleashed by Russia in Ukraine and the entry of Russian citizens into Georgia.

“This is a turning point. The direction of the war has changed,” said President Zurabishvili, referring to the withdrawal of Russian military forces from the Russian-occupied city of Kherson, and stressed that this was the beginning of Russia’s defeat.

She also noted that Russia miscalculated from the very beginning regarding Ukraine, as well as the solidarity of America and Europe towards Ukraine, “and it is still miscalculated that it is possible to impress Ukraine or the world with a nuclear threat that belongs to another era.”

In response to a journalist’s question – given the economic and energy consequences of the war, is it expected that if the war continues, the EU will abandon solidarity with Ukraine? – Salome Zurabishvili replied that “Russia counted on this”, but “it did not happen.”

“(Russia) also thought that the European population, accustomed to comfort, would rebel against the authorities and their sanctions, which cost the population dearly, but this did not happen so radically,” Salome Zurabishvili said, adding that “a complete split, which the Russian authorities were waiting for, didn’t happen. None of their (Russia’s) expectations came true.”

She also noted that this time everything is clear and “Europe’s reorientation towards greater energy independence is final.” “Everyone understood that it is impossible to depend on a non-democratic country. This is a big lesson that everyone has learned thanks to Ukraine.”

Salome Zurabishvili also emphasized Georgia’s support for Ukraine and noted that the Georgians are “completely on the side of Ukraine.” “We have fully and enthusiastically joined the international financial sanctions,” the president said.

In this context, she recalled the protests in support of Ukraine in Georgia and said that “there is no doubt about this, when there is a need, people take to the streets.”

“If you come to Georgia, you will see that the walls are hung with Ukrainian flags and slogans that Putin does not like,” President Zurabishvili said.

To the question of a journalist – “But what about the government of Georgia?” — President Zurabishvili noted that “it tries to be careful, more careful than I am, I am very expressive in my support for Ukraine!”.

“There is a difference between me and the government, which believes, and this is their decision, that more cautious rhetoric is needed so as not to attract additional Russian wrath,” Salome Zurabishvili said and said that she did not share the caution.

However, she added that she shares the idea, which is “strategically very important, the EU, the international community should not draw a new line between Ukraine, Moldova and Georgia.” “Russia should not think that tomorrow, after its humiliating defeat in Ukraine, it will be able to restore its innocence in Georgia.”

“It should be understood that we are in the same basket, and what concerns Ukraine in terms of solidarity and support, tomorrow should also concern Georgia,” the President of Georgia noted, stressing that this was her “main message”.

Entry of Russian citizens to Georgia

Speaking about the entry of Russian citizens into Georgia in parallel with the full-scale war unleashed by Russia in Ukraine, President Zurabishvili said that, according to her, more than 700,000 Russian citizens crossed the border of our country, of which more than 600,000 left in different directions, and here they remained around 100,000.

Noting that all this happened without “significant incidents,” President Zurabishvili stressed that this is the part of Russian citizens who “do not want to share the fate of Russia in this Putin’s war, do not want to mobilize.”

According to her, these are representatives of the middle class, educated young people, many of whom are employed in the field of Internet technologies. “They work, some profit with some funds,” she said.

When asked by a journalist “why did Vladimir Putin allow this?” Salome Zurabishvili replied that “initially he assumed that this would weaken the reaction of the population, especially in Moscow, where (military) mobilization caused great discontent.”

“I repeat once again, he does all the calculations incorrectly and takes the wrong decisions, at his own discretion,” the President of Georgia added. 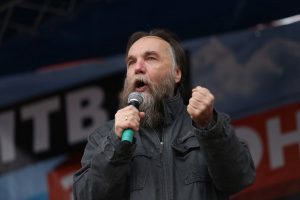 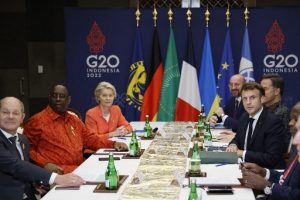