The head of European diplomacy, Josep Borrell, said that more than 20 EU countries have offered their capabilities as part of a new military mission to train the Ukrainian military.

According to European Pravda, he said this after a meeting of EU defense ministers.

“Yesterday the foreign ministers, today the defense ministers officially launched the EU military assistance mission for Ukraine. This happened less than three months after my proposal for this mission,” Borrell said.

“The first group of 15,000 Ukrainian soldiers will train in our training camps. More than 20 Member States have offered their opportunities to participate in this mission,” he added.

According to him, the mission will take place only in the EU, and its command will be in Brussels.

“But there will be a combined-arms military command at the operational level in Poland and a special training command in Germany. This mission will closely coordinate its activities with partners and allies,” Borrell said.

To support this mission, the EU has agreed to allocate 16 million euros to provide equipment and ammunition.

The EU Council also officially launched the European Union military assistance mission for Ukraine. Its goal is to strengthen the military capacity of the Armed Forces of Ukraine so that they can protect the territorial integrity and sovereignty of Ukraine within its internationally recognized borders, as well as protect the civilian population.

EUMAM Ukraine has a mandate to conduct individual, collective and specialized training for up to 15,000 military personnel of the Armed Forces of Ukraine in various locations throughout the EU Member States.

According to the head of EU diplomacy, Josep Borrell, the training mission will start working in a few weeks. 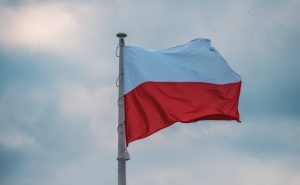 Next post Against the backdrop of the war in Ukraine, cooperation with Georgia becomes even more important
iadmin