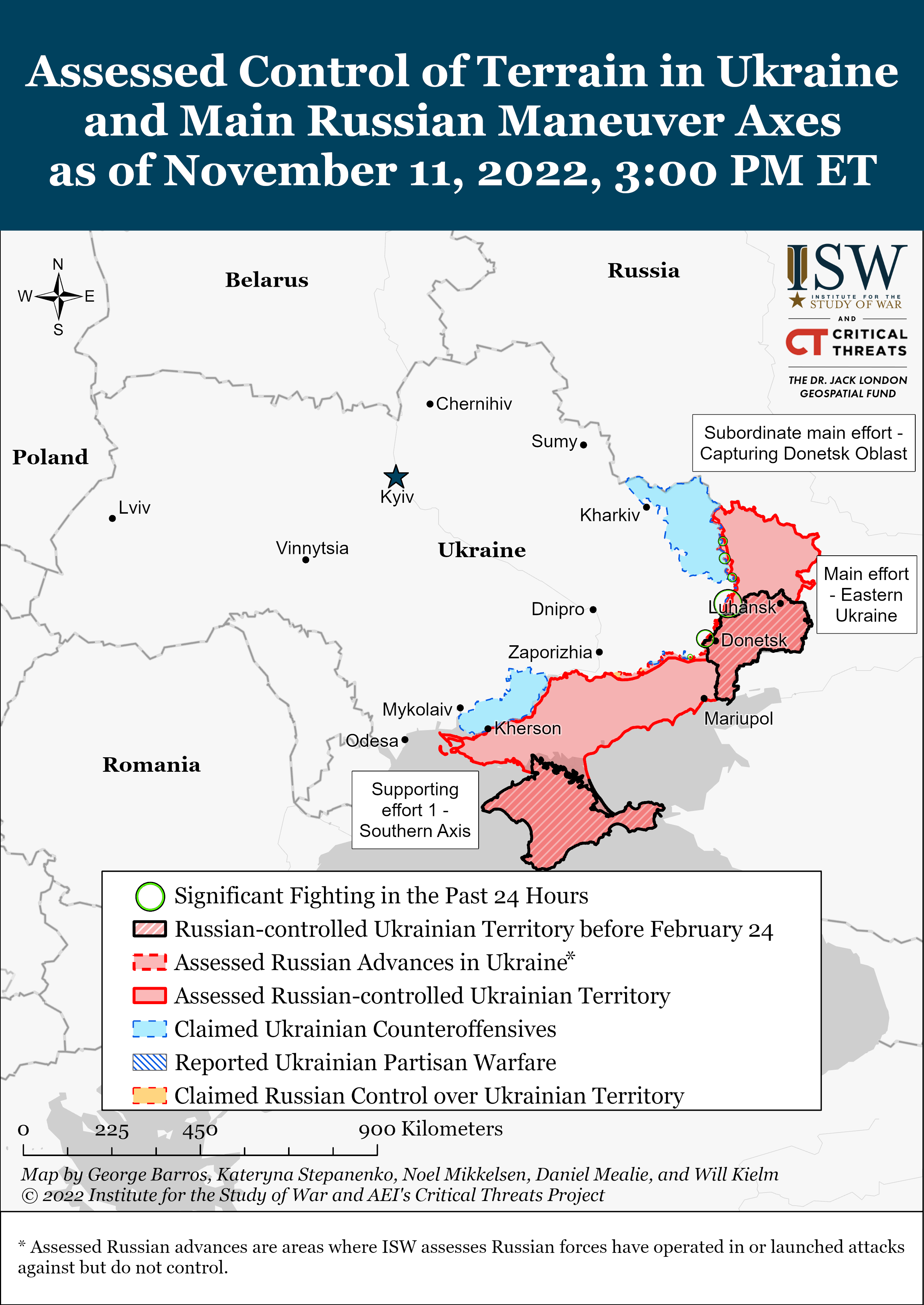 Ukrainian forces are completing the liberation of the western (right) bank of Kherson Oblast after the Russians retreated from it. The Russian Ministry of Defense (MoD) claimed that Russian forces completed the withdrawal to the eastern (left) bank of the Dnipro River at 5am local time on November 11.[1] While contingents of Russian soldiers likely remain on the west bank, they are likely scattered throughout the Oblast and attempting to retreat as Ukrainian forces push towards the Dnipro River, although some may have remained behind to attempt to conduct partisan activities in small groups. It is unclear how many Russian soldiers remain on the west bank at this time. Russian sources noted that the withdrawal lasted three days and claimed that 20,000 Russian personnel and 3,500 units of military equipment moved across the Dnipro River.[2]

Satellite imagery corroborates statements made by both Ukrainian and Russian sources that Russian troops destroyed the Antonivsky Bridge and Railway Bridge (near Kherson City) and the Nova Kakhovka dam bridge (east of Kherson City near Nova Kakhovka) over the Dnipro River and the Darivka Bridge (northeast of Kherson City) over the Inhulets River in a final attempt to block Ukrainian advances towards central Kherson Oblast (see images in-line with text).[3] Geolocated satellite imagery also indicates that Russian troops have prepared first and second lines of defense south of the Dnipro River and will likely continue efforts to consolidate positions on the left bank in the coming days.[4] 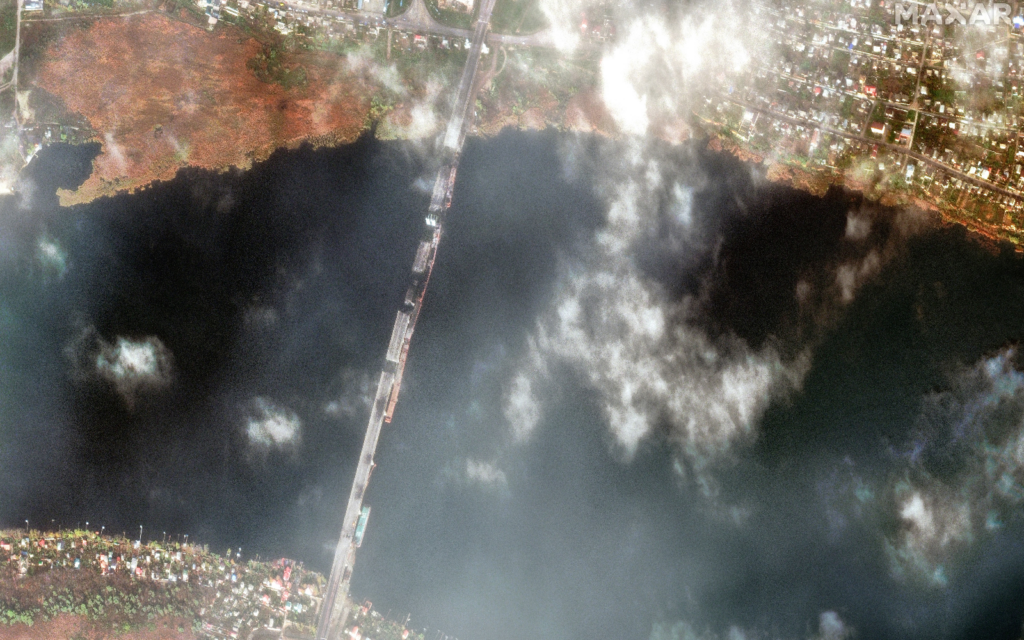 Overview of the damage to the Antonivsky Bridge on November 11. Source: Satellite image ©2022 Maxar Technologies 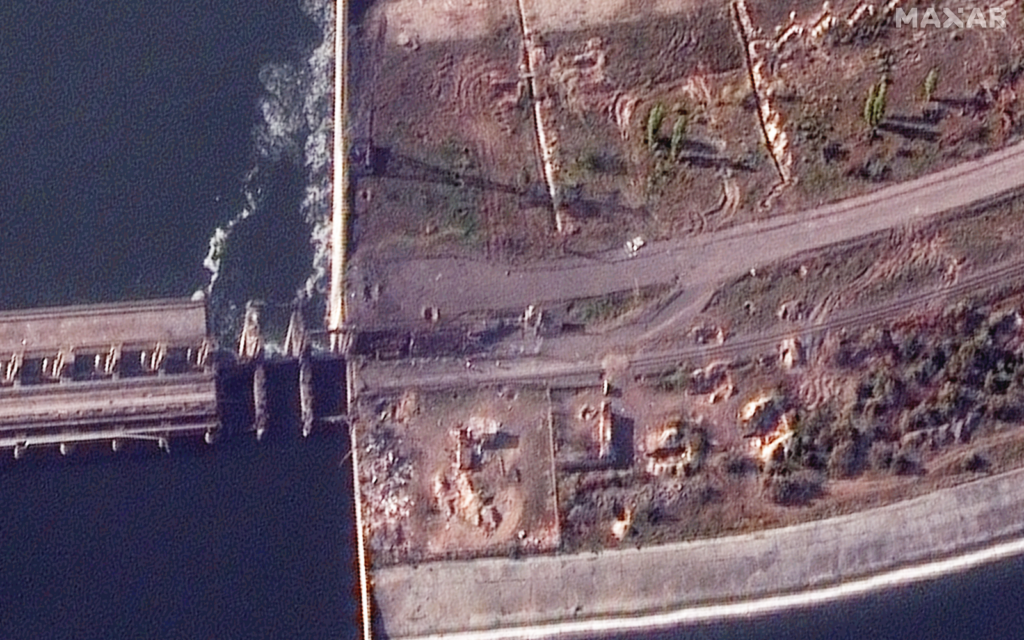 Closer view of damage to the damaged section of the Nova Kakhovka dam on November 11. Source: Satellite image ©2022 Maxar Technologies

ISW has recoded all western Kherson Oblast as liberated based on our high confidence assessment that the Russians have deprived themselves of the ability to hold terrain on the right bank of the Dnipro. Ukrainian forces will complete the liberation of any areas not yet under their control rapidly.

Russian milbloggers criticized the Russian MoD’s statements about the Russian withdrawal to the left bank but generally took a more muted attitude to Ukrainian gains on November 11. The Russian MoD claimed that Russian forces did not leave a single piece of equipment behind during the withdrawal period, which certain milbloggers directly refuted as blatantly untrue.[11] Many milbloggers, however, presented a relatively matter-of-fact overview of the situation in Kherson Oblast, largely confirmed Ukrainian gains, and emphasized that the retreat itself was a militarily-sound and necessary choice.[12] As ISW previously reported, Russian military leadership, namely Commander of the Russian Armed Forces in Ukraine, Army General Sergey Surovikin, have been developing informational cover to set conditions for the loss of the right bank.[13] The generally muted milblogger response to such a massive Russian defeat is consistent with ISW’s previous observations of informational mitigations carried out by Surovikin and suggests that milbloggers will continue to focus their discontent on the Russian MoD establishment while backing Surovikin — at least for now. 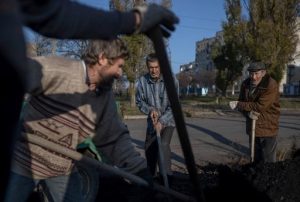 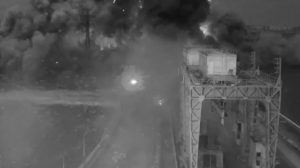