The UK government will impose a ban on the import of Russian liquefied natural gas from January 1, 2023.

This is stated in a statement by the British Foreign Office on Twitter, writes “European Truth”.

“From January 1, 2023, the UK will stop all imports of Russian liquefied natural gas and support countries around the world in reducing their own dependence. We are depriving Putin of the funds for his illegal war,” the statement posted on Twitter read.

The department recalled that they imposed a ban on the export of almost 700 goods that are critical for the Russian economy.

“In total, more than £19 billion of Russo-British trade is wholly or partly under sanctions,” the ministry added.

As of 2021, the share of Russian imported gas to Britain amounted to 4% of the total consumption of this type of fuel. Norway is the largest gas exporter to the country.

Recall that in October, Britain approved sanctions for the supply of kamikaze drones to Russia. 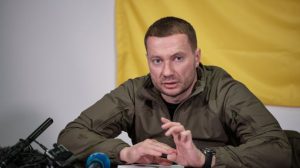