Canada is imposing sanctions against 35 individuals and six legal entities of Russia in order to increase pressure on the regime of Vladimir Putin, who unleashed a war against Ukraine.

According to European Pravda, Prime Minister of Canada Justin Trudeau announced this at the Congress of Ukrainians in Canada in Winnipeg.

It is noted that the sanctions are directed against 35 high-ranking energy companies, in particular Gazprom and its subsidiaries, as well as six energy sector entities involved in Russia’s ongoing violations of the sovereignty and territorial integrity of Ukraine.

Also, according to Trudeau, Canada intends to introduce new sanctions against representatives of the Russian justice and security agencies, in particular police and investigators, prosecutors, judges and prison workers involved in gross and systematic human rights violations against the leaders of the Russian opposition. 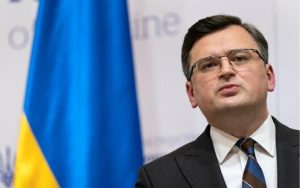