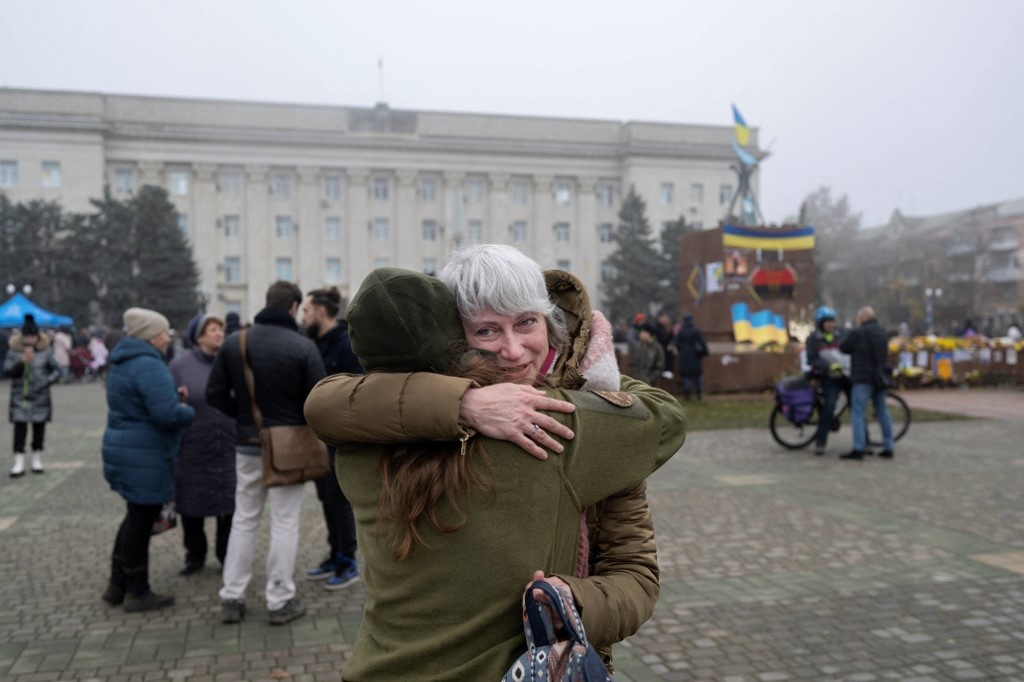 
For Olena Chernyavska, the long-awaited liberation of Kherson from Russian troops this month was a bittersweet experience.

Though the key city she lives in has been retaken by Ukrainian forces, her mother remains stuck in Kremlin-controlled territory just a few kilometers away.

“Every day I wake up and check the news to see if her place is ok,” Chernyavska, 41, said of her mother who lives in a village near Kherson that is still under Russian control.

Mother and daughter stay in contact sporadically, with the phone signal in the area only working in spurts after Russian forces destroyed Kherson’s power supply as they retreated.

“I managed to reach her and talk to her, telling her almost everything I wanted to but then the connection dropped,” Chernyavska told AFP.

Just days after Russian forces invaded Ukraine in February, its troops swept across vast tracts of southern Ukraine, crossing the vast Dnipro River and capturing Kherson before their offensive was halted by the Ukrainian military.

Cutting down the length of Ukraine, the Dnipro has long been a geographical line dividing the country from east and west.

The body of water also splits the Kherson region, and now divides the liberated western bank, controlled by Ukraine, from the Russian-occupied east.

More importantly for many in the city of Kherson, the river now physically separates them from relatives and loved ones who continue to live under Russian-controlled areas, just across the Dnipro.

“My brother, my sister, my niece and grand-daughter (are there),” said Kherson resident Natalia Olkhovykova, 51.

“We’re very worried because as we know their whole village is full of (Russian soldiers),” she told AFP.

“I shouldn’t say more for their security.”

While Kherson residents queued for humanitarian aid, blasts from Grad rocket volleys and concussions from heavy artillery shelling continued to rattle the city on Monday, as Ukrainian forces targeted Russian positions on the eastern bank.

While the Ukrainian forces pounded the Russian positions, Tatiana Maliutyna, a 54-year-old medical worker at a local hospital, said her family members living under occupation hoped that their area east of the river will be freed soon.

“They are expecting to be liberated,” said Maliutyna.

“They were happy, and they called us when they heard the good news on November 11,” she added, referring to the Russian army’s retreat from Kherson.

“I told them ‘be patient and we are with you’.”

However, the Dnipro continues to present a formidable barrier to any further eastern movement by Ukrainian forces, with the bridges connecting the two sides destroyed and an amphibious, frontal assault against the entrenched Russian positions risky.

“Ukrainian forces will likely find it harder to achieve such dramatic effects in eastern Kherson but may be able to disrupt Russian efforts to solidify and hold their new defensive lines,” the US-based think tank The Institute for the Study of War wrote recently.

Kherson resident Olga Marchenko, 47, said it has been frustrating grappling with the uncertainty of how much longer Russian forces will continue to control the eastern bank as she waits to see her family across the river again.

“When they are liberated, we hope we’ll find them,” she sighed. 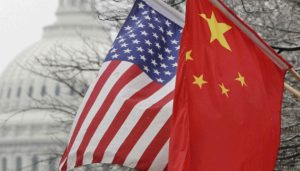