Georgian President Salome Zurabishvili said that she did not intend to make a decision to pardon ex-president Mikheil Saakashvili, even if she had such an opportunity. At the same time, she stressed that she did not want him to die in custody.

In the program “Hardtalk” (Hard Talk) on the air of the British BBC, the journalist asked why Zurabishvili, having the authority to do so and against the backdrop of worrying conclusions of the council of doctors about his state of health, does not take a decision to pardon Saakashvili.

“I do not have these powers. For one simple reason: the sentencing process has not been completed, he is still being tried, and according to Georgian legislation, you can only be pardoned when everything is completed.”

To a clarifying question, would she pardon Saakashvili if possible, the president replied:

“This is a different question. In Georgia, I explained more than once why I would not do this – because this is a very strong polarizing factor. People experienced this, how to live under his regime, and there is practically no family in Georgia that would not experience for themselves what it means to have an autocratic regime.

Therefore, I do not think that it should become an instrument of even greater polarization. At the same time, I am the commander-in-chief [президент Грузии является Верховным Главнокомандующим военными силами- ред.] a country where we don’t want a former president to die in prison or suffer irreparable damage…

I publicly said in Georgia that it is necessary to extradite him, or rather, I don’t know the correct term, he should be able to [проведения] additional [обследований]… He has been in the clinic for the last six months. But this decision must be made by the court.

Zurabishvili has repeatedly stated that she does not intend to pardon Saakashvili. At the same time, she believes that the authorities should take all measures to ensure the health of the politician. 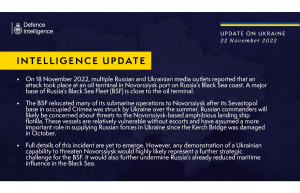