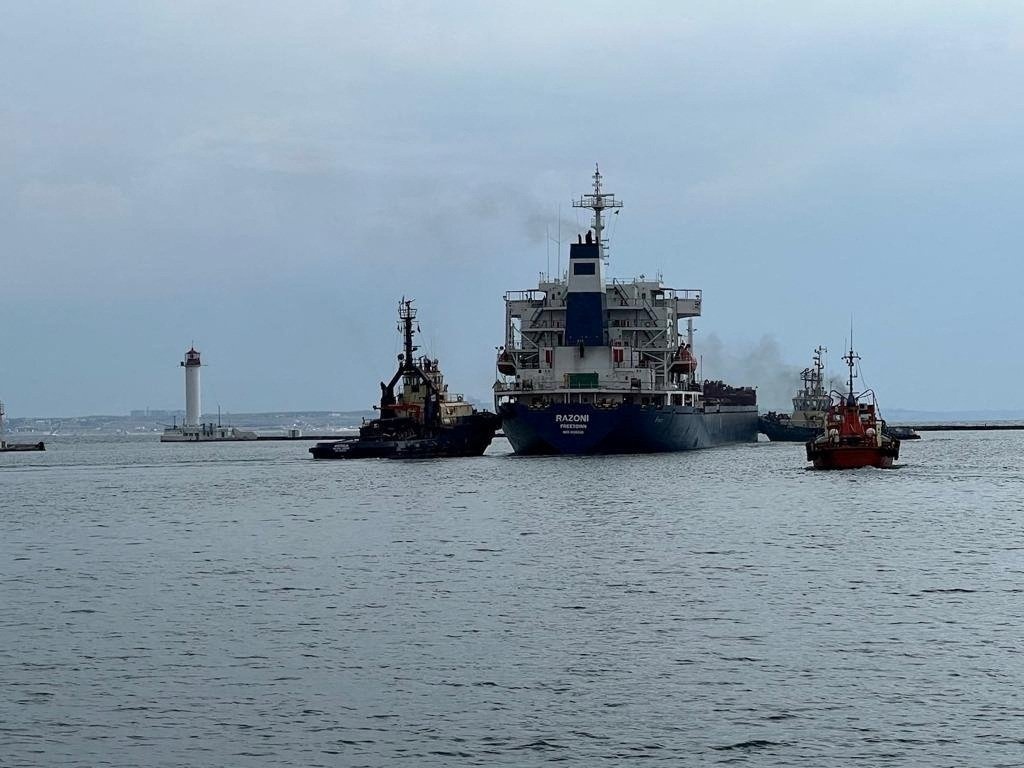 Another eight ships with 342,000 tonnes of agricultural products for the countries of Africa, Asia and Europe left the ports of Great Odesa over the past two days, the Ukrainian Sea Ports Authority (USPA) reported on Facebook.

“Since Aug. 1, a total of 483 ships left the ports of Great Odesa, which exported 11.6 million tonnes of Ukrainian food to the countries of Asia, Europe and Africa,” the ministry said.

It clarified that four ships were also moving along the grain corridor on Sunday, Nov. 20, to load 130,500 tonnes of agricultural products.

As reported, in Istanbul on July 22, with the participation of the UN, Ukraine, Turkey and Russia, two documents were signed on the creation of a corridor for the export of grain from three Ukrainian ports: Chornomorsk, Odesa and Pivdenny, for a period of 120 days. Ukraine set as its goal to export 3 million tonnes of agricultural products per month as part of the initiative.

After Russia’s announcement on Oct. 29 that it was withdrawing from the grain initiative due to an alleged attack by Ukraine on ships in Sevastopol, exports of up to 10 million tonnes slowed down and were carried out intermittently: only about 100,000 tonnes per week, while previously such volumes were sent on average for day.

The lifting of the restrictions was announced on Nov. 2, and on Nov. 17, the extension of the grain initiative for another 120 days was announced. At the same time, Ukraine claims that it is able to ship more products, but its shipment is hindered by the insufficient work of the Joint Coordination Centre.

Previous post I never told any of my lawyers that I suspect poisoning.