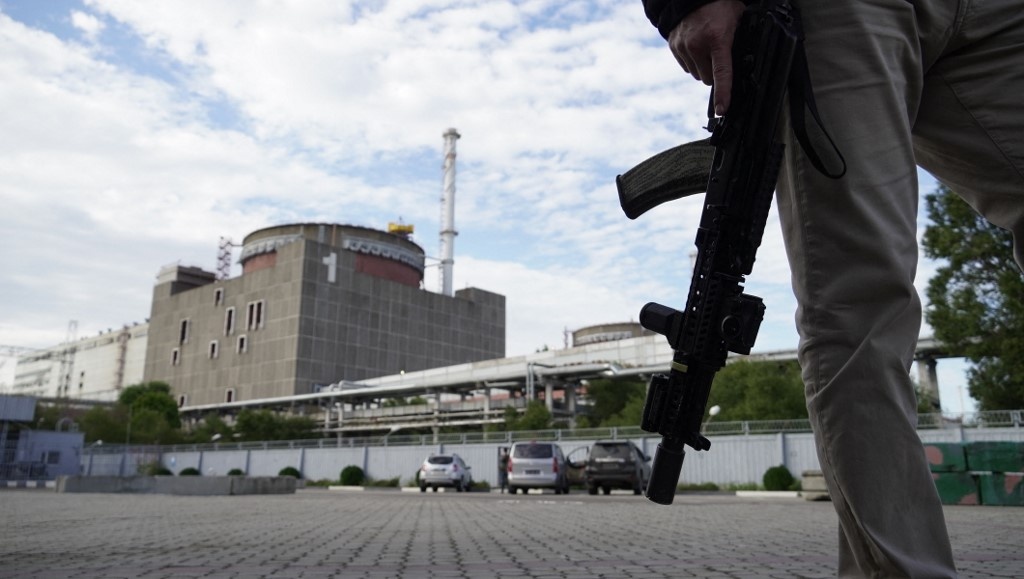 
Kyiv and Moscow on Sunday, Nov. 20, traded accusations of shelling on the territory of the Zaporizhzhia nuclear power plant that Russia controls in southern Ukraine.

The UN atomic watchdog that has a team of experts at the plant — the biggest nuclear facility in Europe — said “powerful explosions” had occurred on Saturday and Sunday.

Kyiv “does not stop its provocations aiming at creating the threat of a man-made catastrophe at the Zaporizhzhia nuclear power plant”, the Russian army said in a statement on Sunday.

Despite the shelling, radiation levels “remain normal”, the army added.

It said missiles exploded around a power line that feeds the plant, the fourth and fifth power units and “special building number 2”.

Ukrainian nuclear energy agency Energoatom said shortly after that Russia was behind the explosions.

“This morning…as a result of numerous Russian shelling, at least 12 hits were recorded on the territory of the Zaporizhzhia nuclear power plant,” Energoatom said.

It accused Russia of “once again… putting the whole world at risk”.

“The news… is extremely disturbing. Explosions occurred at the site of this major nuclear power plant, which is completely unacceptable,” UN atomic watchdog chief Rafael Grossi said in a statement.

He added that the damage to buildings, systems and equipment recorded so far was not “critical”.

The explosions were “abruptly ending a period of relative calm at the facility and further underlining the urgent need for measures to help prevent a nuclear accident there”, the statement read.

Moscow and Kyiv have traded blame for months over shelling near the Russian-held facility, sparking fears of a nuclear disaster and spurring calls to de-militarisze areas around atomic facilities in Ukraine.

Next post If Saakashvili is not transported abroad, let the president pardon him
iadmin