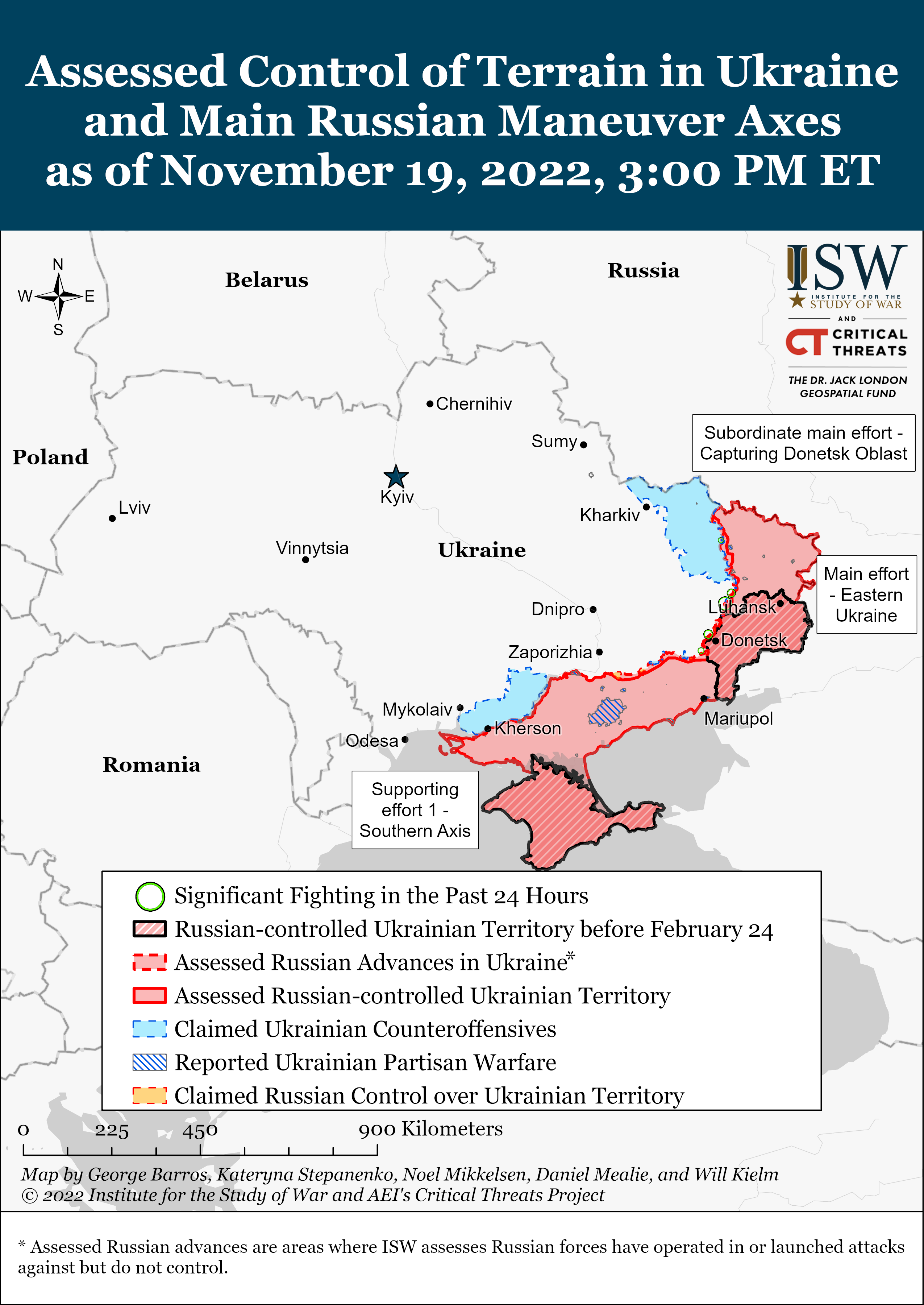 Russian forces are reportedly beginning to reinforce their positions in occupied Luhansk, Donetsk, and eastern Zaporizhia oblasts with personnel from Kherson Oblast and mobilized servicemen. The Ukrainian General Staff reported an increase in Russian military personnel in Luhansk City and noted that Russian forces are housing servicemen in abandoned homes in Krasne and Simeikyne about 30km southeast of Luhansk City.[1] Luhansk Oblast Administration Head Serhiy Haidai stated that Russian forces are transferring the remnants of the Russian airborne units from right (west) bank Kherson Oblast to Luhansk Oblast.[2] Luhansk Oblast Military Administration added that a part of redeploying Russian troops is arriving in Novoaidar, approximately 55km east of Severodonetsk.[3] Advisor to Mariupol Mayor Petro Andryushenko also noted the arrival of redeployed personnel and military equipment to Mariupol, stating that Russian forces are placing 10,000 to 15,000 servicemen in the Mariupol Raion.[4] Andryushenko stated that newly mobilized men are deploying to the presumably western Donetsk Oblast frontline via Mariupol. Russian forces are reportedly attempting to disperse forces by deploying some elements in the Hulyaipole direction in eastern Zaporizhia Oblast.[5] Russia will also likely commit additional mobilized forces in the coming weeks, given that mobilized units of the Russian 2nd Motorized Rifle Division of the 1st Tank Army have finished their training in Brest Oblast, Belarus.[6] Russian forces will likely continue to use mobilized and redeployed servicemen to reignite offensive operations in Donetsk Oblast and maintain defensive positions in Luhansk Oblast.

US intelligence officials stated on November 19 that Russian and Iranian officials finalized a deal in early November to manufacture Iranian drones on Russian territory.[7] The US officials stated that the deal could allow Russia to “dramatically increase its stockpile” of Iranian drones. The Washington Post reported that Russian forces have launched 400 Iranian kamikaze drones since first using them in the Ukrainian theater in August, and Ukrainian officials have previously stated that Ukrainian forces down 70% of drones before they can strike their targets.[8] The US officials stated that it is unclear what assistance Russia will provide to Iran in return for the drones.[9] The deepening relationship between Russia and Iran, specifically in the provision of long-range munitions such as kamikaze drones and precision missiles, may allow Russian forces to sustain their campaign against Ukrainian energy infrastructure for a longer period than their diminishing stockpile of munitions would otherwise allow. This report also suggests that Russia can somehow circumvent Western sanctions to acquire the microchips needed to program the drones it plans on manufacturing. A Russian milblogger claimed that the deal allows Russian officials to claim they build Russian drones—thus providing an informational win—having previously stated that the domestic manufacturing of Iranian drones on Russian territory humiliates Russia.[10] 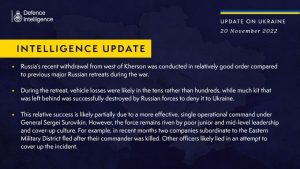