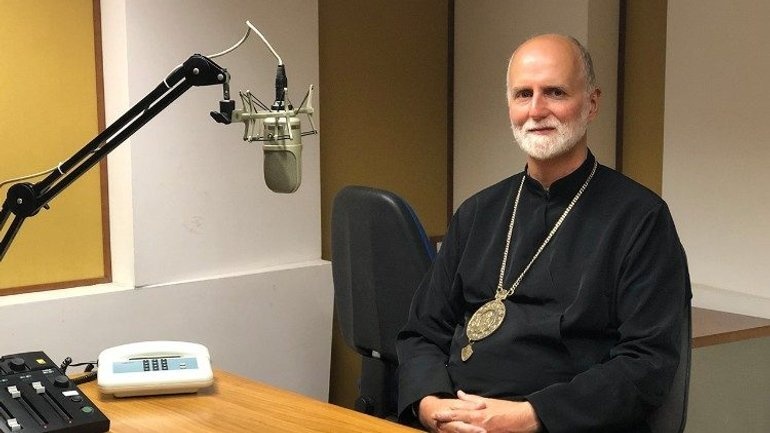 
Following the Plenary Assembly of the Dicastery for Communication, the Ukrainian Greek Catholic Archbishop of Philadelphia, Borys Gudziak – who was appointed a Member of the Dicastery by Pope Francis last year – says the Church must speak out clearly about the Gospel and the teachings of Jesus.

Archbishop Borys was in Rome for the Plenary Assembly of the Dicastery for Communication, to which he was appointed at the end of last year by the Holy Father.

In an interview with Vatican Radio’s Christopher Wells following the Plenary, the Archbishop also emphasized the need for the Church to speak out clearly about the Gospel and the teachings of Jesus.

Living what we preach

While recognizing the need for new methods and the use of new technology in the field of communication, Archbishop Borys said the greatest challenge for both ordained ministers and lay missionaries in the Church is to bear witness in their lives to what they preach.

He noted that scandals in the Church have compromised the Church’s credibility and ability to communicate; and he insisted, “We need to walk the walk so that we can talk the talk.”

The war in Ukraine

Asked about the ongoing conflict in Ukraine, Archbishop Borys said, “The battle is quite simply whether Ukraine will submit to being a colony, and whether Ukrainians are ready to be subjected.”

He added that “what the world is seeing and [what] Ukrainians are saying, in the most expressive terms, making the ultimate sacrifice of their lives, is ‘No!’”

Archbishop Borys then highlighted the Church’s social doctrine as an aspect of the Church’s distinctive message concerning the ongoing war in Ukraine.

In Ukraine, he said, people are rallying around four main principles of Catholic social doctrine: human dignity, solidarity, subsidiarity, and the common good:

“You can see that there’s a fight for Ukrainian dignity. You can see the great solidarity. You hear that in the humanitarian efforts in the defense of the country. People are working at a grassroots level – subsidiarity means deciding things at the lowest level, which gives everybody a sense of authority and responsibility. And the struggle, the effort, the work, the project needs to be for the common good.” 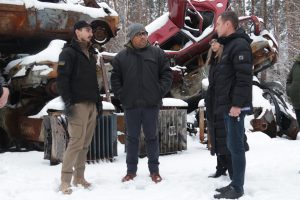