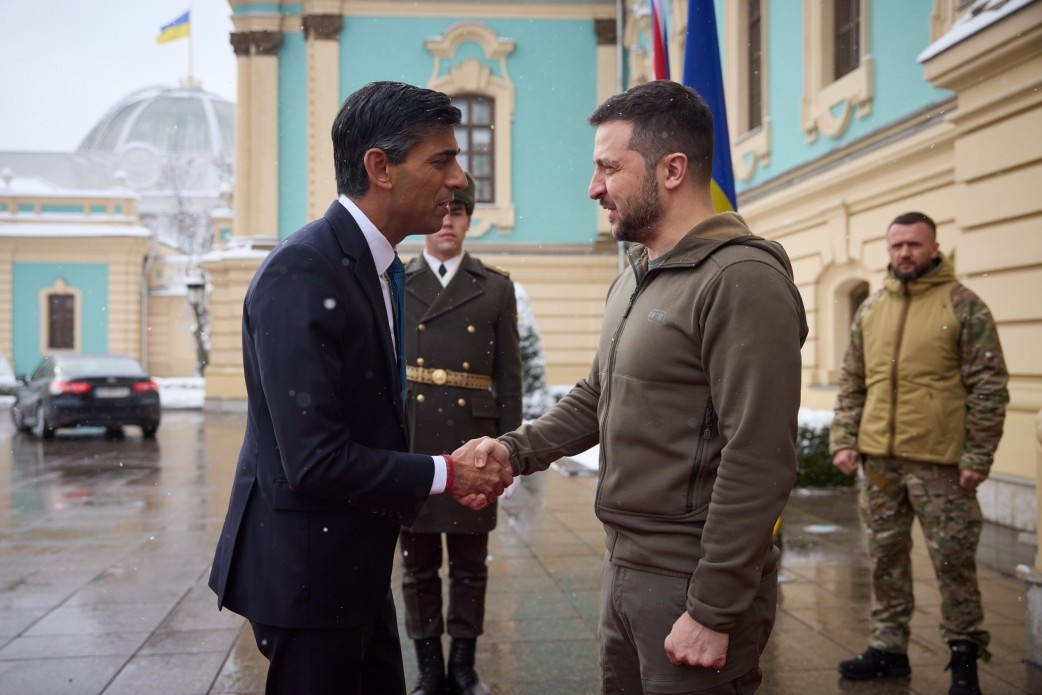 British Prime Minister Rishi Sunak on Saturday vowed his country would stand by Kyiv’s side “until Ukraine has won” during a visit to the Ukrainian capital.

“I am here today to say that the UK will continue to stand with you… until Ukraine has won the peace and security it needs and deserves,” Sunak said in a press conference with President Volodymyr Zelensky in Kyiv.

The British leader announced a new air defence package worth £50 million ($60 million), according to a Downing Street statement.

Ukraine has asked for more air defence systems as Russia is pummelling its energy infrastructure.

This was the first visit to Kyiv for the new British leader, whose country has been a steadfast ally since the beginning of the offensive in February.

“It is deeply humbling to be with you in your country today. The courage of the Ukrainian people is an inspiration to the world,” Sunak said.

“In years to come we’ll tell our grandchildren of your story, how proud and sovereign people stood up in the face of an appalling onslaught, how you fought, how you sacrificed, how you prevailed,” Sunak added.

Zelensky praised a “meaningful and useful visit for both our countries” during the joint press conference.

He said they discussed “the possibilities of protecting European and Ukrainian energy security” and “our capabilities in protecting the Ukrainian sky, as well as defence cooperation in general”.

On Twitter, Zelensky said “with friends like you by our side, we are confident in our victory”.

Next post Our priorities are the integration of Georgia with the free world, the freedom of Saakashvili and his transfer abroad
iadmin