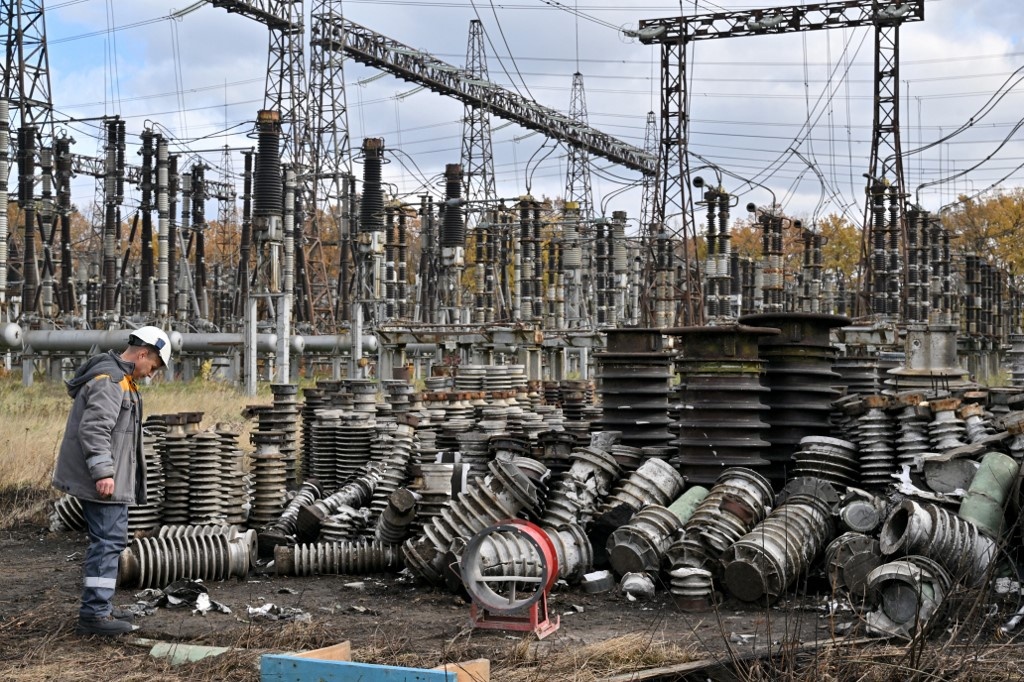 
Millions of Ukrainians in more than a dozen provinces are experiencing severe power disruptions as temperatures plunge and almost half of the country’s energy infrastructure is in need of repair after weeks of Russian attacks, officials in Kyiv said Friday.

Russia, meanwhile, accused Kyiv’s forces of executing a group of its soldiers who were surrendering to Ukraine in what Moscow described as a “massacre” that amounted to a war crime.

The assessment by Ukrainian Prime Minister Denys Shmyhal of the widespread damage to the country’s grid comes after weeks of sustained Russian attacks on its energy infrastructure.

“On November 15 alone, Russia fired about 100 missiles at Ukrainian cities. Nearly half of our energy system has been disabled,” Shmyhal said, appealing to European allies for support.

Ukrainian President Volodymyr Zelensky said 17 provinces and the capital Kyiv were struggling with power cuts, but engineers were working to repair the power grid and blackouts were becoming less frequent.

The Russian defence ministry said Friday it was only targeting military-linked facilities and that a series of long-range and precision strikes the day before had “hit exactly the designated objects”.

The Kremlin this week blamed the blackouts and their civilian impact on Kyiv’s refusal to negotiate with Moscow, not on Russian missile attacks.

Zelensky on Friday dismissed the idea of a “short truce” with Russia, saying it would only make things worse.

“Russia is now looking for a short truce, a respite to regain strength. Someone may call this the war’s end, but such a respite will only worsen the situation,” he said in remarks broadcast at the Halifax International Security Forum in Canada.

“A truly real, long-lasting and honest peace can only be the result of the complete demolition of Russian aggression,” Zelensky said.

Nearly nine months of fighting between Ukraine and Russia has spurred credible allegations of war crimes from both sides.

The latest accusations came Friday when Russia accused Ukrainian troops of executing some 10 prisoners of war.

The defence ministry statement referred to videos circulating on Russian-language social media that purport to show the bodies of Russian servicemen who had surrendered and were then killed.

It said this “brutal murder” was not “the first and not the only war crime” committed by Ukrainian forces.

Zelensky did not address Moscow’s claim in his statement Friday.

Ukraine has repeatedly accused Russian forces of committing “war crimes” during their occupation of parts of the Kyiv region in March and also in Kharkiv in the northeast and Kherson in the south, which have been recently reclaimed by Ukrainian troops.

A study by a Yale University group published Friday documented 226 extrajudicial detentions and disappearances in Kherson after Russia seized the province in what appeared to be a “premeditated” campaign.

“These findings demonstrate a range of alarming allegations about treatment of detainees, including allegations of deaths in custody, the widespread use of torture and cruel, inhuman, or degrading treatment, pillage from detainees (and) sexual and gender-based violence,” the report said.

Around a quarter of the 226 people were allegedly subjected to torture and four died in custody, according to the study, which said most of the acts were perpetrated by the Russian military and the FSB security agency.

Following Ukraine’s recapture of part of the Kherson region, Russia said Friday it was strengthening positions in Crimea, which it annexed in 2014.

Moscow used the peninsula, which hosts several important Russian military bases, as a launching pad for its February invasion.

The announcement came as Ukrainian forces were pushing a counter-offensive in the south towards Crimea and after last week’s retaking of Kherson, the capital of the region that borders the strategic peninsula.

With electrical and water supplies cut to the city following the destruction of key utilities by the retreating Russians, residents have been struggling to keep warm as winter sets in.

Zelensky said the government has opened two relief stations where residents can keep warm, drink hot tea and charge their cell phones. He promised more will be opened soon.

“We know that it’s very hard on people because the occupiers destroyed everything when they were retreating,” Zelensky said in his daily address to the nation late Friday. “But we will put everything back online, we will restore everything.”

Kherson regional deputy governor Sergiy Khlan announced that the city’s rail link was being restored, with a first train leaving later in the day.

Russia claimed to have annexed the Kherson region along with three more in September, vowing to defend them with all available military means.

Zelensky has said his forces intend to recapture Crimea as well and has ruled out talks until Russia withdraws its forces from all Ukrainian territory.

“Nobody from the United States is pushing, prodding or nudging him to the table,” Kirby told reporters. 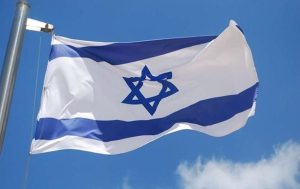