The scale of torture that has been discovered in the southern Ukrainian city of Kherson taken back from Russian troops this month is “horrific”, a Ukrainian ombudsman said on Thursday. Nov. 17.

“I have not seen a scale like this before,” Dmytro Lubynets said. “The scale is just horrific.”

Since the Russian army retreated last week following eight months of occupation, chilling accounts have started to emerge of abuse, mistreatment and torture in Kherson.

Lubynets said the authorities had found “torture chambers” where he said dozens of people had been tortured.

He said Ukrainians were electrocuted and beaten with metal pipes.

“After that they were killed,” he said, adding that he had spoken to a man who had been kept in such a place for 45 days.

“During this time, he saw dozens of people being tortured,” Lubynets added.

He said Ukrainians expected to find more such places.

“Because this is the system. The system built by the Russian Federation,” he added.

AFP has spoken to a Kherson resident who says he spent weeks in detention where he has been beaten and electrocuted by Russian and pro-Russian forces. 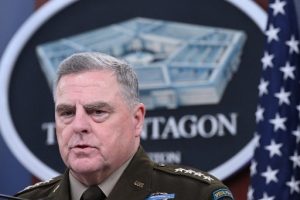 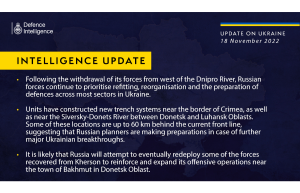