According to the official statement, the parties touched upon such topics as good neighborly relations between Georgia and Armenia and the prospects for further cooperation – issues of interaction between the parliaments of the two countries.

“It was noted that cooperation between the parliaments of Georgia and Armenia is constantly developing in positive dynamics, which further strengthens good neighborly relations.”

According to the Administration of the Government of Georgia, the situation in the region was also discussed at the meeting.

“The importance of resolving conflicts peacefully was emphasized, it was also indicated that it is in the interests of all parties to implement a timely de-escalation of the situation and resume dialogue to resolve unresolved issues. In this regard, it was noted that the peaceful neighborhood initiative proposed by Georgia can become a solid basis for restoring trust between the parties.”

The meeting, held at the Office of the Government of Georgia, was attended by Ambassador Extraordinary and Plenipotentiary of the Republic of Armenia to Georgia Ashot Smbatyan, Chairman of the Commission on Foreign Relations Eduard Aghajanyan, Chairman of the Committee on Science, Education, Culture, Diaspora, Youth and Sports of the National Assembly of the Republic of Armenia Sisak Gabrielyan , Head of the Foreign Relations Department of the National Assembly of Armenia Tigran Seyranyan.

From the Georgian side, the meeting was attended by the head of the Government Staff Revaz Javelidze and temporary representative for Georgia in the Republic of Armenia Irakli Kvanchakhadze. 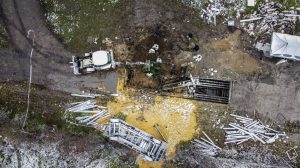 Next post Salome Zurabishvili to give a lecture at Oxford
iadmin