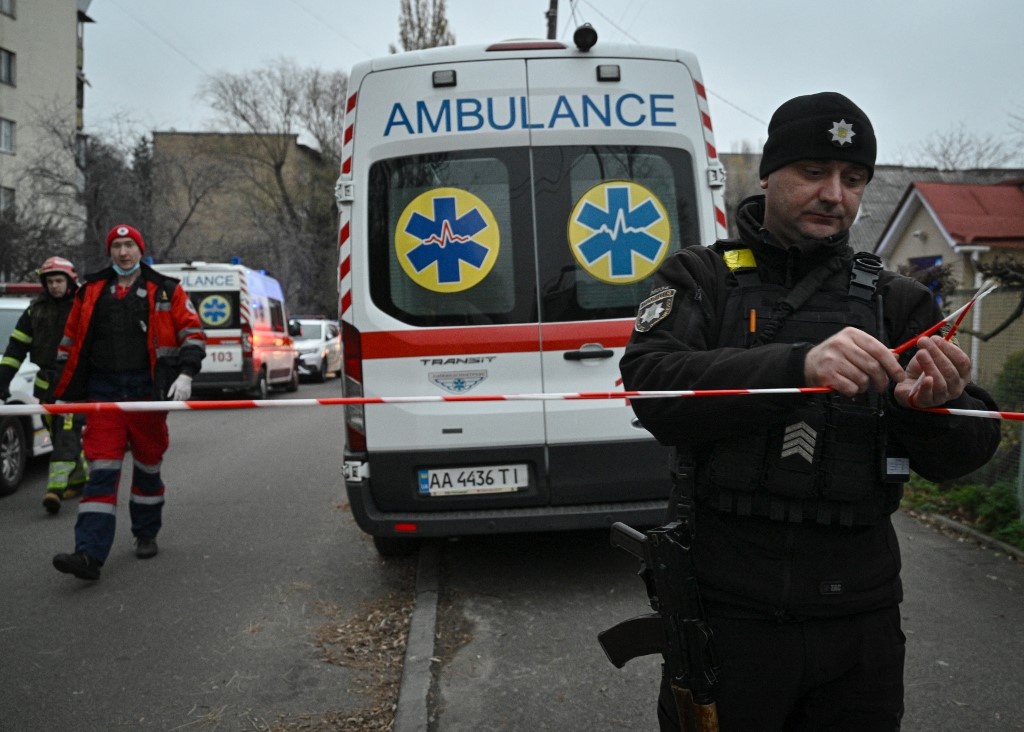 
The missile attacks that struck Kyiv and other parts of Ukraine on Tuesday afternoon, Nov. 15, has drawn swift responses from top officials both domestically and abroad.

Kyrylo Tymoshenko, the Deputy Chairman of the Ukrainian President’s Office, posted a video of at least one five-story residential building on fire in Kyiv and said on Telegram that “Most hits were recorded in the center and north of the country”.

Hoekstra added that the strikes were “an enormous motivator to stay standing shoulder to shoulder” with Kyiv.

“This isn’t war. At this point, any objection to supplying Ukraine with air defenses is not only immoral, it’s disgusting”.

The heavy attacks took place as world leaders gather in Bali for the G20 summit, with leaders in attendance vehemently denouncing the conflict in Ukraine.

Andriy Yermak, Director of the Ukrainian President’s Office, said: “Russia responds to Zelensky’s powerful speech at the G20 with a new missile attack. Does anyone seriously think that the Kremlin seriously wants peace?”

“Today, as Russia’s invasion of Ukraine continues to wreak havoc on supply chains around the world, I joined @G20org leaders to discuss food and energy security,” he said. “I condemned Russia’s war and highlighted how Canada is stepping up to support people both at home and abroad.”

Vitali Klitschko, Mayor of Kyiv, contended that emergency shutdowns had been confirmed in Ukraine as a result of what he called a “massive missile attack”.

“This is a necessary step to balance the power system and avoid equipment accidents,” he said, noting that, as a result, at least half of Kyiv was without power.

A resident of Lyiv named Dimko Zhluktenko made a statement close to the location of the missile strikes, describing his experience of the situation. “I have no electricity in Lviv,” he said. “Definitely some of the missiles were intercepted. I have heard it clearly.”

Meanwhile, the governor of Kharkiv confirmed that energy and electricity is currently unavailable in his city after key energy infrastructure was hit.