NATO and G-7 leaders, in a joint statement issued on the sidelines of the G20 summit, condemned Russia’s massive missile attack on Ukrainian infrastructure on the afternoon of November 15. This is reported by “European truth”.

“We condemn the barbaric missile attacks carried out by Russia on Ukrainian cities and civilian infrastructure. We discussed the explosion that occurred in eastern Poland near the Ukrainian border. We offer our full support and cooperation in the ongoing Polish investigation. We agreed to keep in close communication to determine the next steps as how the investigation is progressing,” the leaders said.

In the statement, they also reiterated their support for Ukraine and their willingness to hold Russia accountable.

“We express our condolences to the families of those killed in Poland and Ukraine,” the leaders added.

As you know, on Tuesday afternoon, Russia launched a massive missile attack on the territory of Ukraine. At the same time, a rocket fell in the border village of Poland, as a result of which two people were killed. In Poland, the Committee of the Council of Ministers on National Security and Defense was urgently convened, at which it was decided to increase the combat readiness of some units and consider the possibility of using Article 4 of the NATO Treaty.

Polish President Andrzej Duda, in an address on Wednesday night, said that Warsaw did not have accurate information about who exactly launched the rocket that fell on Polish territory, and confirmed that it was Russian-made. Poland invited international experts to investigate the explosions.

The Russian Ministry of Defense claims that it “has nothing to do” with the alleged fall of missiles in Poland.

US President Joe Biden called it “unlikely” that the rocket that caused the explosions and deaths in Poland was fired from Russia.

Meanwhile, the Associated Press, citing non-public comments by several US officials, reports that a Ukrainian air defense missile, which was fired to shoot down a Russian one, could fall on the territory of Poland. 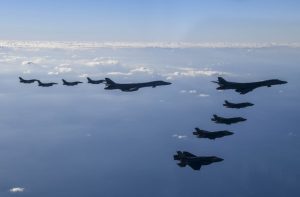 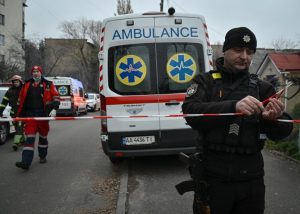