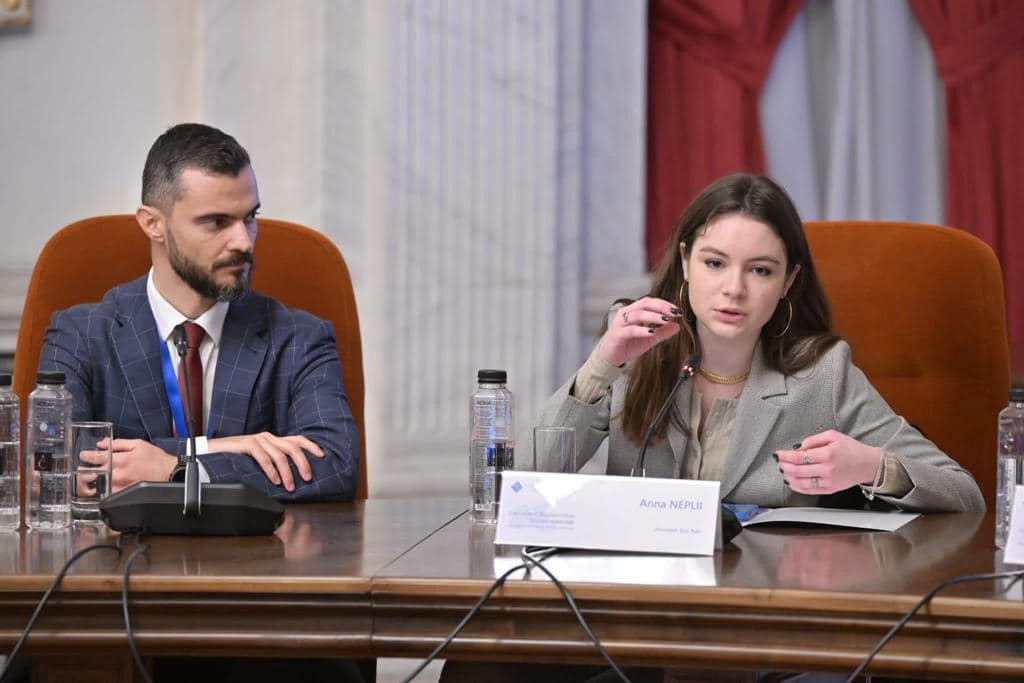 
Kyiv Post journalist Anna Neplii was invited to speak at the opening ceremony of the Euro-Atlantic Resilience Forum in the Romanian Parliament on Nov. 15 in Bucharest. In her speech, she noted that today young Ukrainians are defending not only the informational, cultural and volunteer fronts, but also literally fighting on the frontline for a happy future for Ukraine and the entire civilized world.

Read the full speech below:

Greetings to the esteemed Euro-Atlantic community!

I am very grateful for the invitation to attend the Euro-Atlantic Resilience Forum. It’s a great honor for me to be here. I’m also very grateful to Romania’s Ambassador to Ukraine, Mr. Alexandru Victor Micula for his attention to my works and his recommendation. Let me thank the Euro-Atlantic Resilience Centre for appreciating my professional activity and giving me this opportunity to convey my earnest message to the world.

If I had been told in the spring that I would be speaking in front of such an influential audience today, I wouldn’t have believed it. At the time, I was in a basement cooking for our soldiers and losing hope for the future. Today is a day that means a lot to me. I chose to be a journalist to make my country a better place, because everyone wants to make their home a comfortable and cozy place. The same can be said about our country, which each and every one of us must take good care of, just like their own home, if we want to live happily in it.

Now I work as a journalist for the Kyiv Post. Where we take care of our home as a team, representing The Voice of Ukraine in the international arena. I would definitely like to note that I am extremely happy to be among people who are united by one idea — to help their native country. Therefore, every day, despite the circumstances, we work fruitfully to bring Ukraine closer to victory. Our work did not stop even when one of the Russian missiles hit the building next to the office. And after some time, the work did not stop even when an Iranian kamikaze drone hit a residential building, which was also located near the office.

I know that I alone cannot change anything, but I can contribute to launching processes that coming generations will continue. And I know that the responsibility for the future rests with my generation. Looking at my friends today, I am amazed to see how grownup we have become and how aware we Ukrainians are. We cherish our culture and we want to restore the predominance of the Ukrainian language in our country after decades of expansion of the Russian language. We are developing projects for the restoration of our country and rebuilding homes for those families that have lost theirs. We are involved in volunteer activities and helping the Armed Forces of Ukraine in every way we can.

And, of course, we are fighting on the front. The news headlines only state: “Armed Forces of Ukraine Repel Russian Attacks”, “Armed Forces of Ukraine Go on Counteroffensive”, ” Armed Forces of Ukraine Regain Territory”. But what do the “Armed Forces of Ukraine” stand for? It’s more than the collective image of austere, battle-hardened men. There are also a lot of women and very young boys and girls fighting on the front. Here you see a 20-year-old girl who is still a university student. And very many young people like me are defending my country. Quite a few friends of mine made a very conscious choice at the age of 20: they put their lives at stake and went to fight for their country’s future happiness and the future of the entire democratic world. It takes the extraordinary courage of 20-year-olds to sacrifice their lives for the sake of the values of free people. And I don’t want these sacrifices to be in vain.

History repeats itself. Looking back at the events that preceded the Second World War, we can see that Hitler breached the terms of the Versailles Treaty one by one, probing for the potential reaction of the West. He used so-called “salami tactics” – making several small steps instead of one big leap. Then the League of Nations tried to appease the aggressor, letting him bite off a bit and hoping that he would stop. But no aggressor will ever stop and will never get enough. He is like a cancer growth that expands until it destroys the body.

Putin followed suit, and didn’t even get a slap on the wrist when he occupied Crimea, and a blind eye was turned to his actions in eastern Ukraine. He got away with attacking Ichkeria, Syria and Georgia, with numerous murders carried out in Europe, including in Great Britain, with the downing of the Polish and Malaysian planes, and with many more crimes after which he was invited to the negotiating table. Everyone tried to appease the aggressor. But it’s impossible. It’s very unfortunate that not everyone realizes that Russia’s aggression must be stopped once and for all. If it’s not stopped now, it will return again and Ukraine won’t be the finishing point. And it may well end up being the Third World War.

I don’t want all this blood and all this suffering in our land to be forgotten after the war. I don’t want all the crimes committed by Russia to be forgotten and relations with it to be restored at all levels as if nothing had happened. Otherwise, all the declarations and slogans of the United Nations and other organizations about human life as the highest value are just hot air. How can anyone negotiate with the one who ruined millions of lives? How can anyone sit at the same table with the one who killed more than 100,000 people in the city of Mariupol alone? Now, seeing that Russia is allowed to trade in human lives, I get the strong impression that only the rich and powerful are of the highest value in this world. But does such a world make sense?

I am so sincerely grateful to all those who support and help Ukraine, and understand that this is not just Ukraine’s fight for its own survival as a nation, but also the fight of the whole free world for its future. Every Ukrainian has lost someone in this war, but I hope I will no longer have to bid the last farewell to my friends or relatives. I do hope that all my dear ones, who are defending us all, will come back alive. I do hope that through joint efforts we will soon put a stop to this evil. My dream is to wake up one day and hear the words, “Get up, the war is over.” This is what every Ukrainian is dreaming of. But my biggest and highest dream is a free, independent and prosperous Ukraine, where my children will never know what war is like. 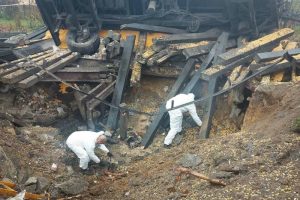