On Monday, the countries of the European Union will approve the decision to start a training mission for the military Armed Forces of Ukraine.

This was stated by the head of EU diplomacy, Josep Borrell, before a meeting of the Council on Foreign Affairs, writes “European Truth”.

“Today is an important decision to start a training mission for the Ukrainian army. As you know, we decided to start this mission in record time, and it will start working in a couple of weeks,” Borrell said.

According to him, the mission will be located in Poland, and many countries have offered their participation in the mission, which provides for the training of about 50,000 Ukrainian soldiers.

“We must continue to support Ukraine, both military and economic, increasing pressure on Russia. We will discuss the volume of our military assistance, which is more than some media reports,” Borrell added.

Earlier it was reported that the EUMAM Ukraine Mission will operate on the territory of the EU member states and have an Operational Headquarters in Brussels in order to ensure overall coordination at a strategic level. The mission commander will be Vice Admiral Hervé Blezjan, director of the Military Planning and Operations Force (MPCC).

The mission’s mandate will initially last two years, with a financial benchmark for total expenditures for this period of EUR 106.7 million.

The Mission will ensure coordination with the bilateral activities of the Member States in support of Ukraine, as well as with other international partners, and will be open to the participation of third states.

Earlier, France announced that it would accept up to 2,000 Ukrainian troops for training as part of a new joint training mission of the European Union.

Poland will also be one of the countries on whose territory the Ukrainian military will be trained as part of the newly created EU training mission. 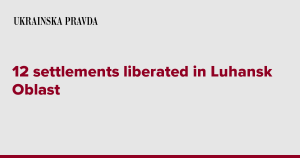 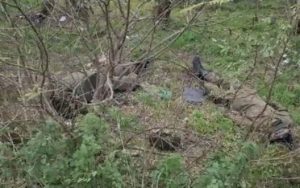