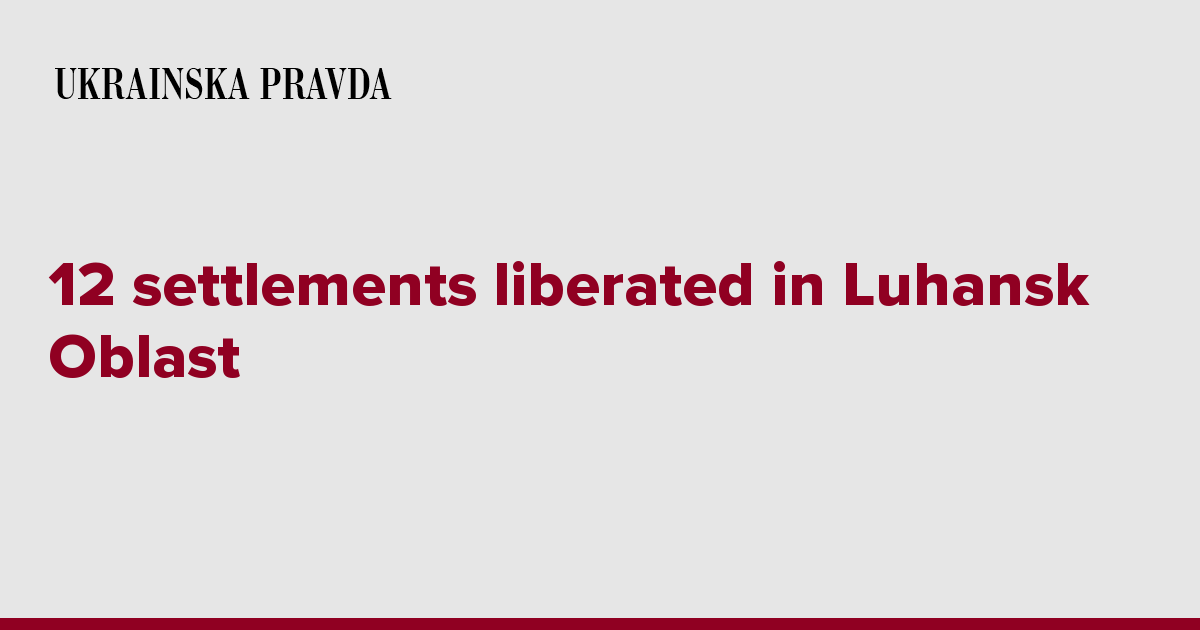 
A total of 12 cities, towns and villages, including Makiivka, have been liberated in Luhansk Oblast; Ukrainian forces have gained an opportunity to strike Russian ammunition storage points beyond the front line.

Quote from Haidai: “The Armed Forces of Ukraine have officially liberated 12 cities, towns and villages in Luhansk Oblast… They are advancing with difficulty and have to fight for every metre of Luhansk Oblast. The Russians had time to prepare and deploy a large number of conscripts [in the area]…”

Details: The city of Makiivka was liberated most recently. This bring the Ukrainian Armed Forces one step closer to the city of Svatove, located at the intersection of three crucial roads.

The village of Bilohorivka is suffering relentless attacks by the Russian army, the conscripts and the former prisoners [who had been conscripted to fight for Russia, either in the army or as part of private military companies – ed.]. Haidai said that “the village has been eviscerated.”

The Head of the Luhansk Oblast Military Administration added that the city of Bakhmut in Donetsk Oblast “has suffered the most.”

Haidai additionally reported explosions in the Russian-occupied city of Luhansk.

He added that Russian forces still have a lot of military equipment in Luhansk Oblast, and they are using it to fire on villages that have recently been liberated by the Ukrainian army. He explained that the local government is making attempts to evacuate the residents of those villages. 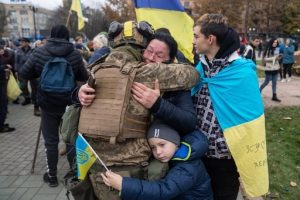