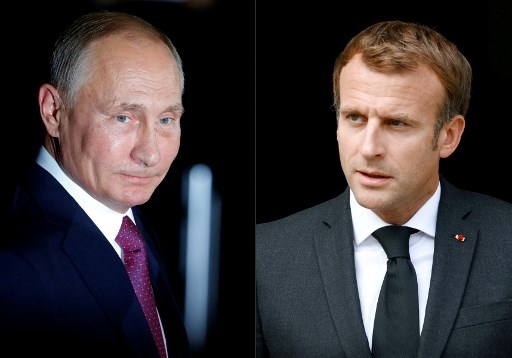 
This combination of pictures created on June 24, 2022 shows Russian President Vladimir Putin (L) arriving on October 19, 2016 at the chancellery in Berlin, and French President Emmanuel Macron (R) attending a national ceremony in Paris on September 29, 2021.

President Putin reportedly stated that the bombings which led to the Japanese surrender and the final stage of the Second World War proved that “you don’t need to attack the major cities in order to win.”

A French government source stated: “Macron was distinctly alarmed. It sounded like a very heavy hint that Putin might detonate a tactical nuclear weapon in the east of Ukraine, while leaving Kyiv intact. That appeared to be the thrust of his remarks.”

The alleged comments from Putin came amid rising worries that he may be inclined to use a tactical nuclear weapon in Ukraine, where Russian forces have experienced increasing reversals in the war.

A source made comments to the Daily Mail newspaper: “The two presidents have undoubtedly discussed the risk of nuclear weapons use. Putin wants to get the message across that all options are on the table, in line with Russian doctrine relating to nuclear weapons.”

Ukraine’s attack on the bridge linking Russia and Crimea, which the Russian president said would “cross a red line” and bring about “judgment day,” prompted official warnings that Putin might “go nuclear.”

Putin warned that he “will certainly use all the means at our disposal” if western forces threatened the “integrity” of Russian territory, adding, “This is not a bluff.”

The intelligence services warned that Putin could perhaps detonate a weapon just above the Black Sea to prove his capabilities to the West without starting a comprehensive nuclear conflict. 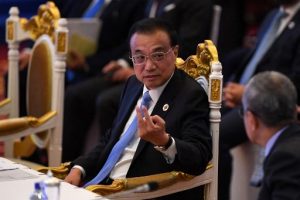 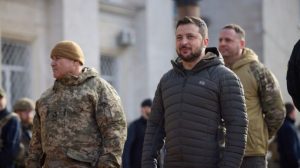 Next post Zelenskyy: We are ready for peace, but peace for entire Ukraine
iadmin