Giorgi Mumladze, who claims to be the chairman of the National Movement of Georgia, believes that the party should become the flagship of street protests. He announced this today, November 14.

According to Mumladze, the recipe for the defeat of “the Russian oligarch Bidzina Ivanishvili and the Russian regime” is changes in the National Movement.

“Changes must be made in the United National Movement, it is necessary to replace Nika Melia and the existing leadership, which brought this party to an immobile state and ruined it from beginning to end. Our goal is for this party, this huge resource, to become active, to become the flagship of street protests throughout the country, to directly interfere with the Russian regime everywhere,” said Giorgi Mumladze.

According to him, Melia as a politician is not trustworthy.

“Let Nika Melia step down as chairman so that he cannot abuse his powers. I don’t trust him. As a supporter and fighter of the National Movement, I say that he cheated on us many times, broke his word,” Mumladze said.

On November 9, it became known that some members of the National Movement demanded internal party elections, which would affect the chairman, the political council and the political secretariat. 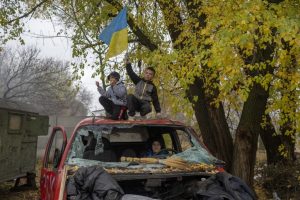 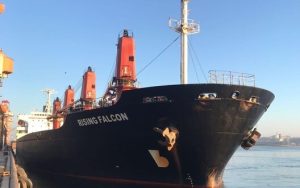 Next post Over past two days, 12 ships with 400,000 tons of agricultural products for countries in Africa, Asia, and Europe left ports of Odesa. PHOTOS
iadmin