“What project was carried out by the Tbilisi City Hall that poses a danger to the public?”, the mayor of the capital of Georgia addressed the leader of the Anti-Corruption Movement, Lasha Parulava, with such a question.

Parulava approached the mayor as he was inspecting the completed rehabilitation of Ketevan Dedopali Avenue and stated that the planned construction of a shopping center on Avlabari Square posed a danger to the emergency residential buildings located here.

Kaladze, in turn, asked Parualava to name at least one project of the Tbilisi City Hall that would pose a danger to people:

“I have taken such a great responsibility to this city and people that, believe me, Kakha Kaladze and his team will not make a single decision that poses even a minimal threat and creates problems for the population.

What project that poses a danger to the public was carried out by the City Hall of Tbilisi? Name at least one,” the mayor asked.

Kaladze assured that as a result of the study, the project would be recognized as dangerous, and a decision on construction would not be made.

As Parulava stated in turn, he demands to stop and reconsider the decision on construction.

“The project directly says that the company must dig 18 meters. It threatens like a subway station [Авлабари]and the people living here,” he stressed.

According to the documents posted on the portal of the Architectural Service of the City Hall, it is planned to build a three-story building on Avlabri Square, which will have two underground floors. The height of the building, according to the agreed sketch, will be 12 meters.

According to the authors of the project, a completely underground parking will be arranged on the “-2” floor, and the “-1” floor will be partly reserved for parking, partly for commercial premises. On the other three floors, according to the project documentation, shopping and entertainment areas will be organized.

The area on which it is planned to build a shopping center is 2,114 square meters and is privately owned. According to the data of the Public Register, the specified non-agricultural land plot belongs to APS LLC. 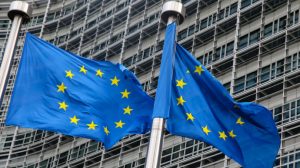 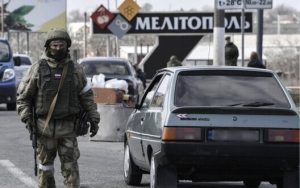