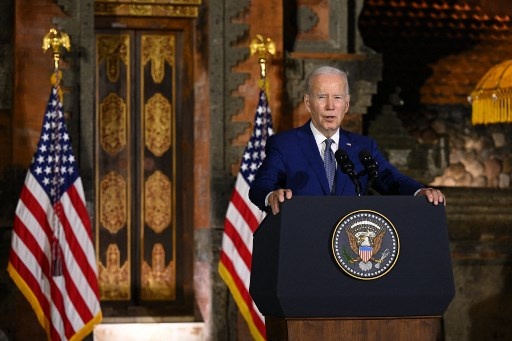 
US President Joe Biden holds a press conference on the sidelines of the G20 Summit in Nusa Dua on the Indonesian resort island of Bali, November 14, 2022.

US President Joe Biden hailed Monday, Nov. 14, Ukraine’s recapture of Kherson as a “significant, significant victory”, but said fighting would now slow going into winter and the war’s outcome “remains to be seen”.

“I can do nothing but applaud the courage, determination and capacity of the Ukrainian people and Ukrainian military,” Biden told a press conference in Bali, Indonesia, where he is taking part in a Group of 20 summit.

“I think you are going to see things slow down a bit because of the winter months,” he said, adding: “I think it remains to be seen exactly what the outcome will be.”

Biden, however, said he was “confident that Russia will not occupy” Ukraine in the way it intended when it invaded the neighbouring country in February.

Russian troops pulled back on Friday — weeks after President Vladimir Putin declared Kherson to be part of Russia — in one of their biggest setbacks since the start of the war.

President Volodymyr Zelensky paid a triumphant visit to Kherson on Monday, singing the national anthem as Ukraine’s blue and yellow flag was hoisted next to the main administrative building.

“I’ve been very clear that we’re going to continue to provide the capability for the Ukrainian people to defend themselves,” Biden said.

“We are not going to engage in any negotiation. There’s nothing about Ukraine without Ukraine. It’s a decision Ukraine has to make.”

Previous post Saakashvili does not interfere in party processes 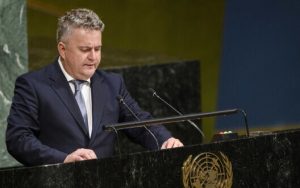