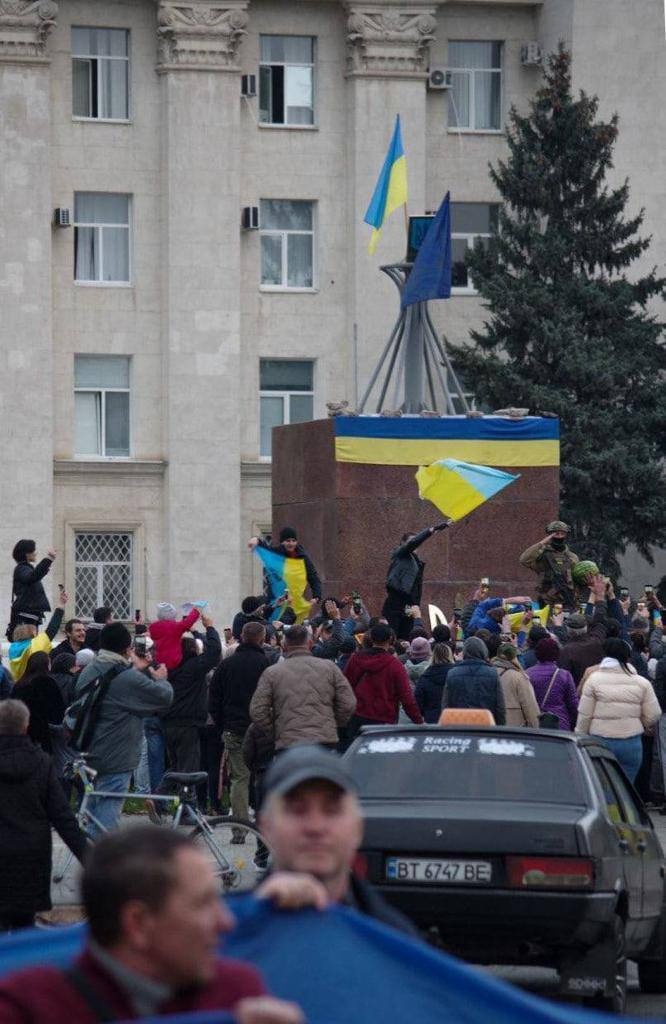 
Ukrainians on Saturday hailed Russia’s retreat from Kherson as Kyiv said it was working to de-mine the strategic southern city, record Russian crimes and restore power across the region.

Kherson was one of four regions in Ukraine that Russian President Vladimir Putin claimed to have annexed in September.

But weeks later, the Russian retreat from the city of Kherson has boosted Ukrainian resistance after nearly nine months of fighting and hardship.

In the formerly occupied village of Pravdyne, outside Kherson, returning locals embraced their neighbours with some unable to hold back tears, a correspondent saw.

“Thank god we’ve been liberated and everything will now fall into place,” said the 43-year-old woman who lost her eldest daughter in the war.

“We are Ukraine”, added her husband Viktor, 44.

Several disabled anti-tank mines as well as grenades could be seen in the settlement that is home to a Polish Roman Catholic church and a number of damaged buildings.

Ukrainians in Kherson danced around a bonfire in darkness and sang “Chervona Kalyna”, a patriotic song, according to images distributed by the Ukrainian military.

“All of us are elated,” Ukrainian President Volodymyr Zelensky said on Saturday after declaring the day before that the Black Sea city was back in Kyiv’s hands.

He said Ukraine’s armed forces had established control over more than 60 settlements in the Kherson region.

After an eight-month Russian occupation, Ukrainian television resumed broadcasting in the city and the region’s energy provider said it was working to restore power supplies.

He urged Kherson residents to watch out for possible landmines laid by the Russian troops, saying one policeman had been wounded while de-mining an administrative building.

A woman and two children were taken to hospital with injuries after an explosive device went off near their car in Mylove, a regional village, police said.

“For reasons that are obvious to all reasonable people Russia has not yet used its entire arsenal of possible means of destruction,” Medvedev said on messaging app Telegram.

“There is a time for everything.”

Ukrainian Foreign Minister Dmytro Kuleba said Kyiv and the West were on their way to “joint victory”.

“This is coming, and our victory will be our joint victory,” Kuleba said as he met US Secretary of State Antony Blinken on the sidelines of a Southeast Asian summit in Cambodia.

Kherson’s full recapture would open a gateway for Ukraine to the entire Kherson region, with access to both the Black Sea in the west and Sea of Azov in the east.

In Ukraine’s capital, the news was met with joy late Friday.

Wrapped in flags, popping champagne corks and belting out the national anthem, residents of Kherson living in Kyiv celebrated in the central Maidan square.

“I didn’t believe it at first, I thought it was going to take weeks and months, a few hundred metres at a time, and now we see them arrive in Kherson in one day, it’s the best surprise,” said Artem Lukiv, 41, originally from Kherson.

Blinken hailed the “remarkable courage” of Ukraine’s military and people and vowed US support “will continue for as long as it takes” to defeat Russia.

“Ordinary people of Russia must surely ask themselves: ‘What was it all for?’”

Kuleba warned, however, that Russia is still “mobilising more conscripts and bringing more weapons to Ukraine” and called for the Western world’s continued support.

The Kremlin has insisted that Kherson remains part of Russia.

“This is a subject of the Russian Federation. There are no changes in this and there cannot be changes,” spokesman Dmitry Peskov told reporters.

A full Ukrainian recapture of the Kherson region would disrupt a land bridge for Russia between its mainland and the Crimean peninsula, which Moscow annexed in 2014. 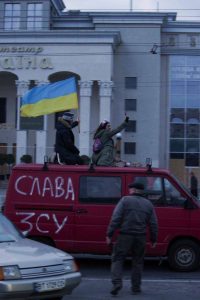