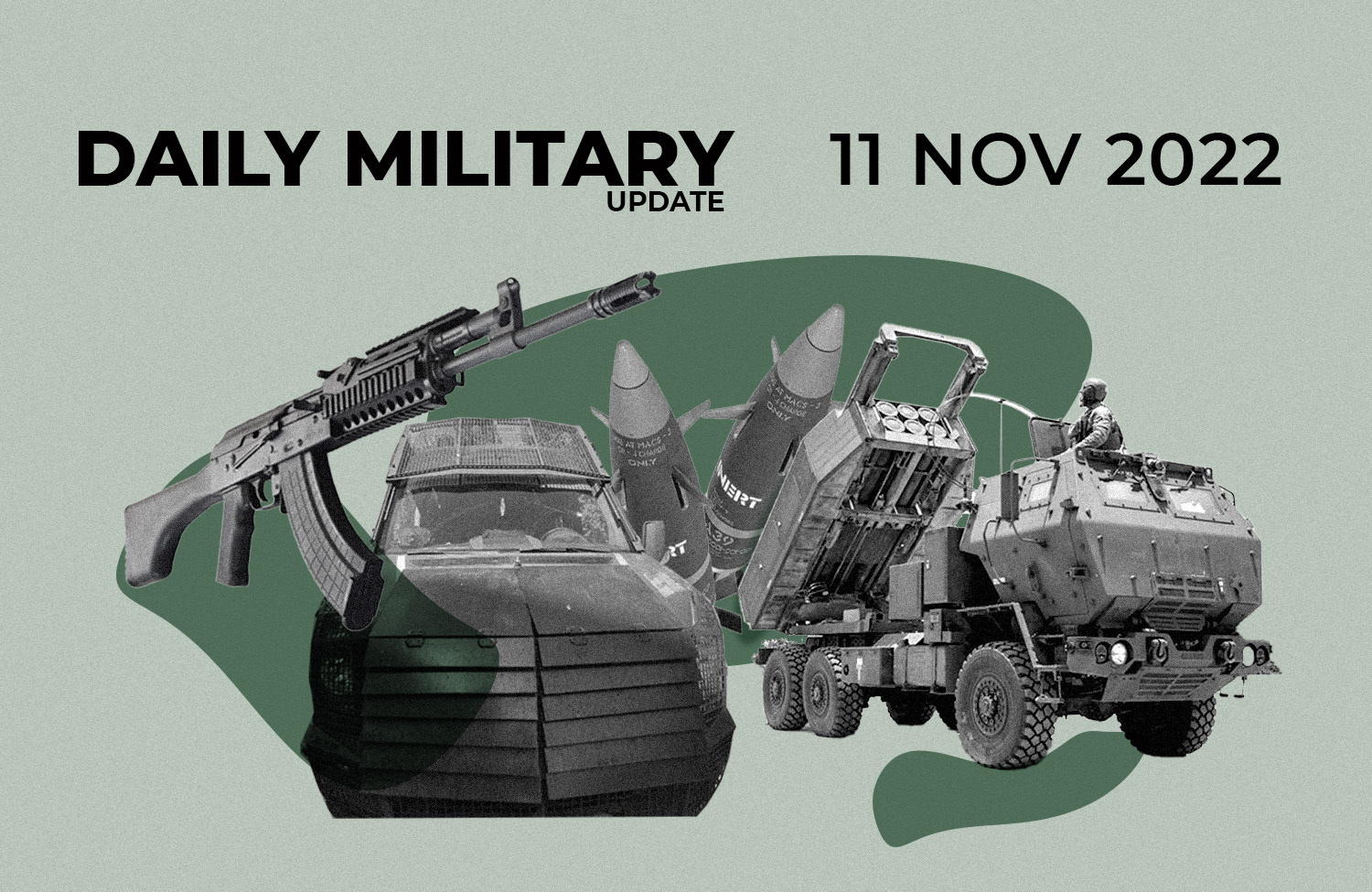 
The Russian army’s high command on Friday, Nov. 11, claimed its troops in the Kherson sector had largely succeeded in escaping from an exposed bridgehead on the north side of the Dnipro River, as official and unofficial reports poured in of dozens of outlying villages and hundreds of square kilometers of occupied territory liberated by advancing Ukrainian troops.

The Washington-based Institute for the Study of War (ISW) in a late Thursday situation estimate called the Russian retreat from Kherson a “major Ukrainian victory”. The last substantial Ukrainian advance, in September in the northern part of Kharkiv Region, shoved Russian defenses eastward dozens of kilometers in a 12-day blitzkrieg campaign, and liberated some 4,000 square km. of occupied territory.

Retreating Russian troops early on Friday morning blew up the logistically-critical Antonovsky Bridge, which connects Kherson’s road and rail links with the river’s left bank. All organized Russian combat units north of the Dnipro River had made their way to safety, a Kremlin statement said.

Russian civilian and army officials had, as recently as Monday, Nov. 7, been asserting that Moscow’s intention was to build a fortress perimeter around the city of Kherson and draw Armed Forces of Ukraine (AFU) units into months of bloody city fighting. Russian Defense Minister Sergei Shoigu announced on Thursday, Nov. 10, that the plan had been canceled.

Practically all the Russian troops used ferries and civilian boats, or a single pontoon bridge, to make their escape, reported the pro-Moscow information platform WarGonzo. Images showed individual Russian soldiers, without heavy equipment, trudging across the bridge during daylight hours.

A Thursday evening Russian army statement  claimed the retreat was smooth and troops remained in good order. The independent Ukrainian news agency UNIAN, citing Russian military social media, said RF units abandoned unspecified numbers of heavy weapons like tanks and artillery to be captured by AFU soldiers, as well as “hundreds” of Russian prisoners of war. It likewise was not clear how many Russian troops remained inside the city.

Ukraine’s Main Directorate of Army Intelligence (MDAI) said the Russian retreat across the river could lead to “record losses” of Moscow’s forces. The Kremlin, claims to the contrary notwithstanding, has effectively abandoned thousands of troops on the north side of the river, the MDAI said.

Artillery exchanges back and forth across the river continued throughout the night. Some RF-associated social media platforms reported “absolute chaos” and “total panic” at landing sites on the left bank of the river, where RF units came ashore and were immediately pounded by AFU howitzers and artillery rockets.

Anatoliy Shariy, a popular pro-Kremlin blogger nonetheless often critical of Russia’s conduct of the war, said AFU special forces units were controlling the artillery fires and, in the village of Khakovka, ambushing Russian troops embarking from boats onto the left bank.

The Ukraine Army General Staff (AGS) in a Friday situation report said AFU troops had liberated 12 towns and villages in the last 24 hours.

AFU troops in the newly-captured village of Shchaslyve – in violation of AGS rules on social media use by service personnel – posted images of soldiers grinning and ripping down RF flags from towers and government buildings. In Snihurivka, the site of heavy battles earlier in the week, troops posted a video of soldiers in the town main square, singing the Ukrainian national anthem along with local children.

Inside the city of Kherson itself, bleak conditions were reported with water, gas for heating and cooking, and electricity supplies fully cut off, and internet and mobile phone access completely stopped. Some city public transport was still operating and Kherson’s streets on Friday morning were generally empty and quiet, reports said. The city has reportedly been without power or phone service for five days.

By Friday mid-morning unknown persons had wrapped a blue and yellow Ukrainian banner around a monument in front of the Kherson government administration building – long the seat of Russian occupation authority in the region. RF flags or other government insignia were not visible. Russian forces occupied Kherson on the second day of the war at the end of February. 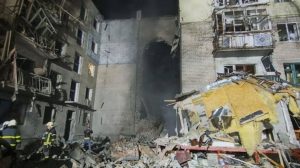 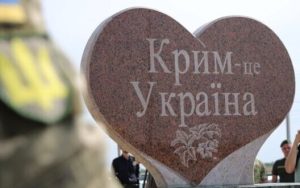 Next post Ukraine will return Crimea without fight, – Reznikov
iadmin