The Russian military tried to test the Poseidon nuclear torpedo but failed, CNN reported, citing a senior US official familiar with the US intelligence.

According to him, the United States has observed preparations for tests in recent weeks: several ships have gone to sea, including the Belgorod submarine, which is conceived as a Poseidnov carrier. The ships returned from a cruise last week without having made a test, and the US believes the Russian military has run into technical difficulties.

According to US officials, Russia may make another attempt to test the torpedo, one of the five “wonder weapons” announced by President Vladimir Putin in 2018. However, according to Washington, such tests will be fraught with difficulties: the water in the proposed test area will soon become covered with ice, which will narrow the possible time window for operations.

According to the diplomat, the unsuccessful tests of the Poseidon, which Russian propagandists present as a doomsday weapon, supposedly capable of washing America away with a radioactive tsunami, are similar to what is happening to the army in Ukraine.

“This is seen as part of a larger picture of how Russia behaves militarily by sending poorly trained and under-equipped soldiers to Ukraine,” the diplomat said. 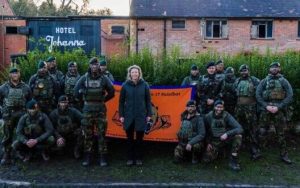 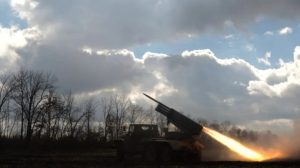 Next post Russia loses another 740 soldiers, 16 drones and 16 armoured vehicles in 24 hours
iadmin