In an exclusive interview with Kyiv Post, Francis Fukuyama, political scientist, writer and professor at Stanford University, projected that Ukraine would push Russia into retreat on the left bank of the Dnipro river in the coming months, which would lead to a scaling back of Russian’s positioning by next spring.

“It’s very hard to predict the course of the war. I was optimistic from the beginning about Ukraine’s chances, and I am still optimistic for a number of reasons. Morale on the Ukrainian side is much higher than on the Russian side,” Fukuyama said.

He added that the Russian military is running out of equipment and manpower, and is struggling to replace losses due to very poor strategic positioning in the South.

“I expect that Ukraine at the least will be able to push Russia to the other side of the Dnipro river in the next couple of months. I hope that that’s the case, and I think that would lead to the deterioration of [Russian] positions in Ukraine by next spring. But I can’t see that future any better than anyone else. I see things with cautious optimism for the future of the war,” Fukuyama predicted.

The head of the Main Directorate of Intelligence, Kyrylo Budanov, made similar predictions during an interview with Obozrevatel on Oct.18, saying that the war would likely be over by next summer.

“At the end of spring, it should all be over. By the summer, it should [definitely] be over,” Budanov said, adding that Ukraine would reclaim its 1991 borders. He also expects significant victories for the Ukrainian Armed Forces (UAF) on the front before winter.

After liberating Kharkiv region from the Russian occupants, the UAF is developing a counter-offensive in other directions. Ukrainian troops are making progress in the south, with an ambitious goal to regain most of the occupied Kherson region by the end of the year.

According to the General Staff of the UAF, the goal is to capture all territory north and west of the Dnipro river, including the cities of Kherson and Nova Kakhovka, latterly the location of an essential hydroelectric power plant, and the North Crimean Canal, which has been supplying water to the peninsula again since Russia’s illegal occupation. 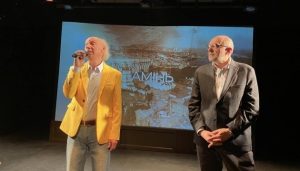