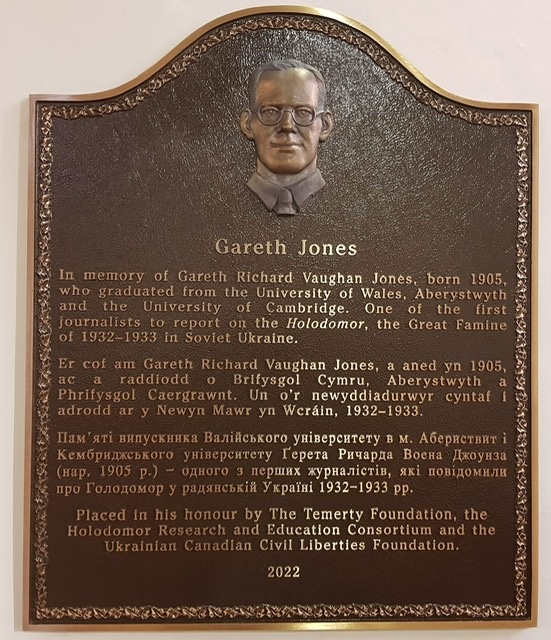 
The great nephew of Gareth Jones, the Welsh investigative journalist, who was one of the first to report on the 1932-33 man-made, artificial famine in Ukraine, known as the Holodomor, has said he was honored to see a plaque unveiled in his name.

The plaque reads in English, Welsh and Ukrainian and is placed jointly in his honor by The Temerty Foundation, the Holodomor Research and Education Consortium, and the Ukrainian Canadian Civil Liberties Foundation.

Speaking at the Merthyr Dyfan Cemetery Chapel in Barry, Wales, on Sunday, Oct. 30, Philip Colley, said: “As we sit here today, in occupied Ukraine monuments to the Holodomor are coming down, being physically removed by Russian forces.

“I have seen Russian news clips that unashamedly show this. They are trying to erase or at least rewrite history. But of course, Gareth was writing down history the very second it was happening, as an eyewitness.

“His testimony of the Holodomor is indisputable. Because of what he did, what happened back then can never successfully be denied. And that’s why, as a symbol of that, this plaque is so welcome and important.”

Colley then went on to answer his own question as to why it had taken so long for his great uncle Gareth to be honored.

“And on top of that, the British Government and his former boss, Lloyd George [Prime Minister of United Kingdom from 1916-1922], though they knew full well his reports were true, instead of backing him up, held their tongues. Relations with Stalin’s murderous regime were held to be more important, so, the reality is they sided with Stalin and hung Gareth out to dry.”

Colley said Gareth was brought out of obscurity thanks to his mother, Dr. Margaret Siriol Colley, who idolised uncle Gareth as a child, and then in her retirement with his late brother Nigel, they decided to search for the truth.

Siriol wrote two books about him, one an official biography called More than a Grain of Truth, helped by Nigel, who also produced an amazing website garethjones.org which lists his articles and photographs. Colley went on: “They brought Gareth out of the darkness and gave him back to the world. They placed him on the front page of history where he truly belongs. And that’s why I am here today, to pay them tribute. It is they who should be standing here today, not me. But sadly that is not possible. It is an honor for me to represent them.”

Unfortunately, the First Minister for Wales, Mark Drakeford, was unable to attend the unveiling, but he sent two of his ministers to represent him – Minister for Social Justice, Jane Hutt; and Counsel General for Wales and Minister for the Constitution, Mick Antoniw, who has Ukrainian heritage.

Jane Hutt said: “Last year, the former mayor Steffan Wiliam and Councillor Nick Hodges, conducted a tour of Barry Town Cemetery. We spent time at the graveside of Gareth Jones, a son and hero of Barry, as we remembered his extraordinary life and contribution to Ukraine and its people.”Gareth Jones showed his solidarity and courage with his independent reporting from Ukraine, but he was ostracized by those with vested interests who didn’t want or like the truth and those who wouldn’t accept any criticism of the Soviet Union. Gareth Jones stood firm and his exposure of the famine was eventually recognized as indisputable as he continued to be a seeker of the truth in his all too short life.”

Mick Antoniw said: “A copy of the same plaque is ready to be sent to Kyiv to re-establish that historic link between our two countries. On Nov. 26, the Welsh Government will officially commemorate in Cardiff the 90th anniversary of the Holodomor. Gareth Jones told the world about the Holodomor, the genocide of millions of Ukrainians, a crime being repeated by today’s fascist invasion of Ukraine.”

Vadym Prystaiko, ambassador of Ukraine to the United Kingdom, reiterated some of the earlier points made by previous speakers about the Holodomor and heard that Wales had now given sanctuary to more than 6,000 Ukrainians since Putin’s full-scale invasion of his country.

Prystaiko and his wife Inna were also taken on a short walk to see Gareth’s resting place, a grave with the inscription in Welsh “Ieithydd, teithiwr, carwr heddwch” – linguist, traveller and seeker of peace. On his way back to the chapel, Prystaiko had the chance to speak to two recent arrivals from Ukraine, now living in Wales. 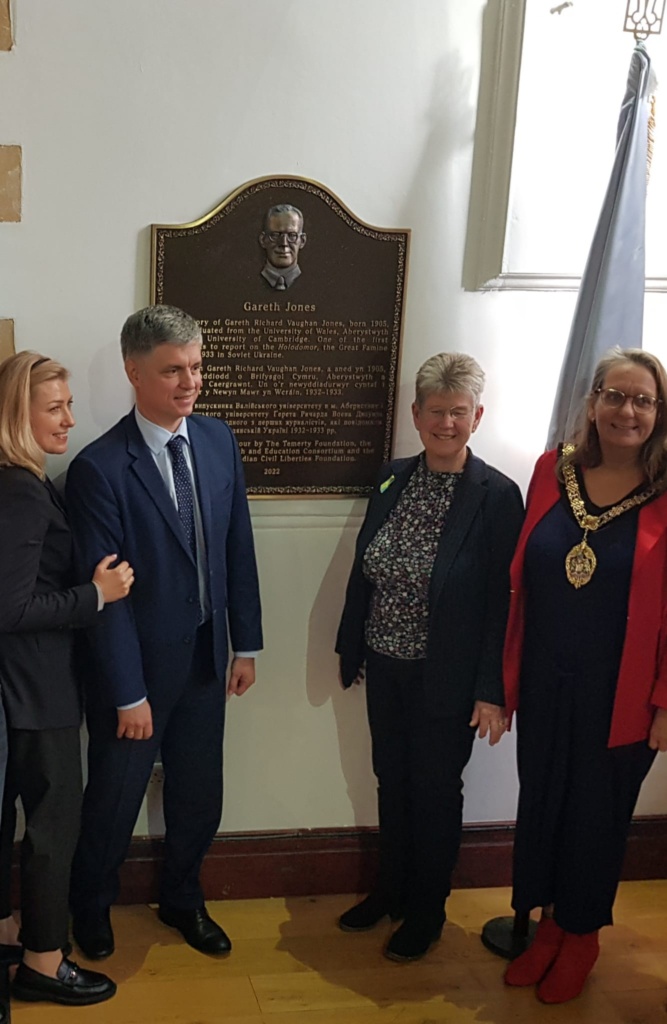 Barry Town Mayor Helen Payne unveils a plaque to honor Gareth Jones, an investigative journalist who was one of the few who wrote about the Ukrainian famine of 1932-33. With her is Vadym Prystaiko, Ukraine’s ambassador to the United Kingdom, with his wife. (Photo Credit: Mick Antoniw)

About 40 people attended the blessing of the plaque by Father Robert Parrish, and the unveiling by Barry Town Mayor Helen Payne. Also present were representatives of the Ukrainian diaspora and Barry Town Council, Naomi Field, the partner of the late Nigel Colley, and Ashley Drake, from the Welsh Academic Press.

Commenting after the event, Martin Shipton, Political Editor-at-Large of the Western Mail, a daily newspaper that Gareth Jones had worked on as a reporter, said: “It was very moving to attend the unveiling of the plaque honoring Gareth Jones in the chapel of the cemetery in his home town where his remains are buried. I had never been to the cemetery and was surprised to hear that it’s the second biggest in Wales, with 43,000 people buried in it.”

Shipton, the author of the recently released biography about him called Mr Jones, The Man Who Knew Too Much, added: “Several of the speakers remarked that it was odd that it had taken so long after his death in 1935 for Jones to be honored in this way. That was certainly an omission which has now been put right.” 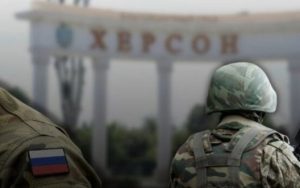