Despite evidence that Russia has evaded the impact of sanctions imposed by the free world, an article in British newspaper The Guardian suggests that they really are harming Russia’s influence and prospects.

The article by Carla Norrlöf, a professor of political science at the University of Toronto and senior fellow at the Atlantic Council, describes how nearly 40 nations coordinated their responses to the Russian invasion of Ukraine in February by imposing sanctions on the aggressor.

They sought to destabilize the Russian economy by preventing banks from accessing U.S. financial institutions and dollars, limiting the export of high-tech products and services to lessen Russia’s ability to wage war, and hitting Kremlin allies and companies.

There are admittedly signs that the Kremlin’s willingness to wage war, along with its economic power, have not been diminished by this unprecedented economic pressure, according to Norrlöf. Her article also states that the standard of living in Russia has not been severely damaged by the successive packages of sanctions.

Furthermore, export restrictions have reduced Russian imports, resulting in a trade surplus. Demand for rubles has increased as a result of high energy prices, leading to the ruble increasing in value relative to the dollar by 29 percent.

Following supply shortages, annual inflation peaked in April 2022, then dropped to 13.7 percent in September as the ruble strengthened – largely thanks to petrodollars, lower consumer spending and import renewal. In contrast to the International Monetary Fund’s (IMF) earlier prediction of an 8.5 percent decline, which underestimated the mitigating effect of the spike in energy prices, the Russian economic decline is anticipated to be only 3 percent in 2022.

That said, Norrlöf goes on to explain how Russia’s isolation as a result of its supply chains being destroyed and the mass exodus of roughly 1,000 foreign companies is endangering its ability to expand and project power in the future.

Russia’s economy continues to grow thanks to rising oil and gas revenues. Russia’s ability to sell oil at a higher price will be constrained by U.S. and EU plans to cap oil revenues (the cap will function by barring carriers that ship Russian crude oil from receiving insurance and other services unless it is sold at the set price).

However, Saudi Arabia has thrown a wrench in these plans by collaborating with Russia to decrease supply and raise prices.

The article draws attention to a recently released report by the U.S. Treasury and Commerce Department to further illustrate how sanctions are having a demonstrable impact on Russia’s strength in Ukraine. The report shows that, since last autumn, semiconductor imports have fallen 70 percent, slashing Russia’s production of hypersonic ballistic missiles, surface-to-air missiles, and other precision weapons.

Technology chokepoints, such as bearings, which are essential for tanks, automatic weapons, heavy artillery, and submarines, have also been targeted and are in short supply, with few alternatives.

According to The Guardian article, U.S. Deputy Secretary of the Treasury, Wally Adeyemo, asserts that it will be challenging to find substitute suppliers with the required level of technological sophistication. Because of the broad coalition in favor of sanctions, Russia is compelled to source from economically backward nations like Iran and North Korea. SMIC, the biggest chipmaker in China, claims it has never supplied Russia and will not break the law.

By the end of June, the global Russian Elites, Proxies and Oligarchs (Repo) taskforce had frozen $30 billion in elite assets, and restrictions were later extended to military, financial, and parliamentary officials as well as their families. Along with this, a concerted effort is being made to deprive Russia of its human resources.

Numerous international organizations have stopped working with Russian scientists, and the Biden administration in the U.S. has asked Congress to change the Immigration and Nationality Act to encourage Russians with advanced degrees to immigrate to the country.

The article also discusses the eagerness of some Russian oligarchs and other elites to halt the exodus of talent and wealth. However, influence over Russian President Vladimir Putin is constrained by the Russian oligarchy’s structure, which is split between business and politics, according to the article. The money trail of the Russian president is infamously difficult to follow because it is either dispersed among a network of enablers or is hidden in offshore tax havens or state-owned businesses.

Although current sanctions are unable to hurt Putin, they are still having an adverse effect on the Kremlin’s economy and military prowess. Whilst each sanction has its own flaws, together they are having a strong impact. When financial access is restricted, it becomes less profitable to operate and live in Russia, which encourages businesses, potential recruits, and Russian elites to leave.

The report by Norrlöf comes to the conclusion that, nearly eight months after Russia invaded Ukraine, sanctions efforts have failed to put an end to the conflict – a predictable result that is still preferable to the alternatives.

However, Norrlöf argues that sanctions have significantly weakened Russia’s influence in the west (short of its commodity leverage and nuclear threats). Inaction or diplomatic negotiations, as during the 2014 invasion, would only have encouraged Russia to expand its land grabs, whilst stoking a conflict between Russia and NATO increases the risk of all-out war. 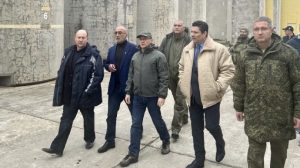 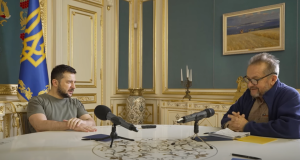