British Defense Secretary Ben Wallace said the UK would send helicopters to Ukraine. It is noted that this is the first time that the UK sends manned vehicles to Ukraine since the start of the war.

According to the BBC, we are talking about three military helicopters of the Sea King type, the first of which has already been delivered to Ukraine.

The Sea King helicopter is a British version of the American Sikorsky S-61 helicopter of the same name. Although it differs significantly from the American version in the presence of British-made anti-submarine systems and a fully computerized flight control system. Initially, it was intended for anti-submarine missions. The Sea King was previously used by both the Royal Air Force and the Royal Navy from 1969 to 2018. The last helicopter was decommissioned by the Navy in 2018.

In addition to fighting in the Falklands War, it was used in the Persian Gulf War, the Bosnian War, the Iraq War and the Afghanistan War.

Several countries have sent manned aircraft to Ukraine since the conflict began, according to the BBC, although Kyiv’s request for fighter jets remains unanswered.

Wallace made the announcement from Oslo, where he is meeting with allies to discuss continued military support for Ukraine, adding that Britain would also send an additional 10,000 artillery shells to the country.

Ben Wallace’s statement was preceded by a visit by new British Prime Minister Rishi Sunak to Kyiv and the announcement of a new $50 million defense package for Ukraine, which includes 125 anti-aircraft weapons and equipment to counter drones supplied to Russia by Iran. The UK is the second largest donor of military aid to Ukraine after the US. 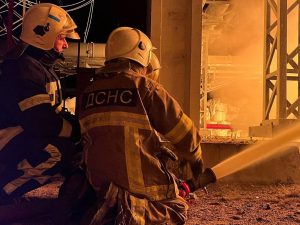