The wave of emigration that swept over Russia after the start of the war and mass mobilization hit the capital and regional universities, which were faced with the departure and dismissal of highly qualified teachers, Republic reports, citing interlocutors at universities from different regions of the Russian Federation.

According to one of the sources of the publication, the effect is especially noticeable in the Moscow and St. Petersburg divisions of the Higher School of Economics: almost all experienced heads of educational programs and laboratories left Russia, and recent candidates of science took their place.

Mobilization accelerated the departure of university workers and brought it to the federal level. Undergraduate and graduate students received a deferment from the draft, but their teachers did not. As a result, if in February and March it was mainly metropolitan teachers who left Russia, now regional universities are leaving almost as massively as Moscow. Republic sources from St. Petersburg State University (SPbGU), Novosibirsk State University (NSU) and Ural Federal University (UrFU) told about layoffs due to departure.

A survey conducted by the publication showed that professors from large universities are leaving the so-called centers of excellence – participants in the 5-100 and Priority 2030 programs – especially intensively. Due to personal connections, some of them were able to find new positions for the academic year.

According to Republic sources, mobilization is not always the reason for leaving: although the flow of manuals from the Ministry of Education and Science has decreased compared to the first months of the war, the vice-rector for educational work has begun to play an important role in universities, and the leadership issues orders to hold “patriotic events.”

Post-graduate undergraduates are rushing abroad after the teachers. “Guys who have Hirsch under 40 are leaving,” says one of Republic’s sources, referring to the Hirsch index, which reflects the number of scientific publications and citations. Entire young laboratories are leaving, which, more often than traditional scientific schools, worked on interdisciplinary research, the newspaper writes: these are, first of all, those who were most effectively integrated into world science.

Teachers who remain in Russia say that the demand to denounce a colleague, the obligation to sign a pro-war document, or regular rounds-checking face-to-face classes can force them to leave or completely change their field of activity.

According to the official statistics of the Ministry of Economic Development, only in September the labor force in the economy decreased by 600,000 people. Estimates made for the Kremlin showed that between 700,000 and a million citizens left Russia in the first weeks of mobilization. 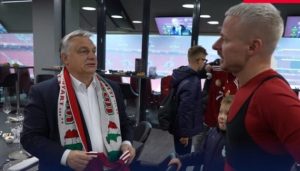