The candidate for the chairmanship of the United National Movement (UNM), Levan Khabeishvili, explained why he used to criticize the former Minister of Defense and the owner of the Formula TV channel, David Kezerashvili.

We are talking about the statements of the politician in 2016-17, when part of the UNM members left the party and formed European Georgia.

“I was aware of David Kezerashvili’s attitude towards the Chorgoleishvili-Bokeria party, it annoyed me when it was an internal party story, then I had to leave the party for 8 months. Then it was directly stated on my part and on the part of that part why we left the party. It was my personal incompatibility with Giga and Chergoleishvili. I thought that I could not be in the party of Chergoleishvili and Bokeria. I also believed that they were fighting against President Saakashvili. I spoke about it publicly.

The second video, which is also being circulated and which talks about the weakness of the UNM, I talked about the party run by Bokeria and Chergoleishvili. I then looked like this [на ситуацию] and was not wrong. I thought that Bokeria-Chergoleishvili were trying to wrest the party from Saakashvili and spoke openly about it,” he explained.

When asked why he changed his attitude towards Kezerashvili, the politician replied:

“A lot of things have changed, including decisions and resolutions of European courts, US Department reports on the political persecution of Kezerashvili, including the oppositional and very dear to me TV channel Formula.”

According to him, Kezerashvili today is the target of propaganda of the ruling party.

“When you see that Kobakhidze, POSTV and Imedi TV talk badly about you every day and paint an enemy out of you, I would at least think about my views and would know that I should not speak like Kobakhidze, Mdinaradze and Zarkua “.

What did Khabeishvili say before

In 2017, the politician, in an interview with the Iberia TV channel, stated that Kezerashvili stole billions and through him Bidzina Ivanishvili financed the “supposedly opposition”, that is, “European Georgia”.

“Let’s face it, they kept the criminal gang alive. Why did the previous government lose power? These were thieves and robbers, and at one time the authorities did not answer them, otherwise such people would not have come to power. Ivanishvili would not be in power today.

People are not blind or deaf. Kezerashvili stole billions, but there was no answer, this is a problem. What is this Kezerashvili doing today, do you know? Serves in Ivanishvili’s court and finances alleged opposition. The scattered opposition is a gift for the authorities, which are unable to do anything and are full of criminals. But the opposition is doing it, Ivanishvili is doing it through Kezerashvili. It is a fact. You can’t hide anything in this country. This is done through Bokeria-Chergoleishvili and these people,” Khabeishvili said.

Recall that Khabeishvili and Melia are participating in the elections for the post of chairman of the United National Movement. 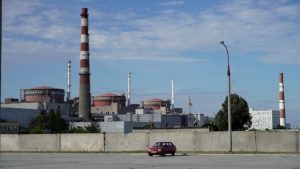 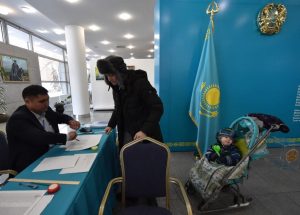